Bosleys July Auction of over 800 lots of original military collectables to be held on the 3rd July and will see a Special Forces theme throughout the various sections of the sale. The highlight will be the WW2 collection of Special Boat Service and Special Air Service badges worn by Captain George Barnes MM & Bar, Grenadier Guards, No 8 Commando and Folboat Sections of 1 and 2 SBS. A founding father of the SBS, he saw service in North Africa, Italy and Burma, he participated on a number of commando raids, including  the famous “Raid on Rommel”. Included is his rare enamel SBS cap badge, this being only the second example sold through these rooms in 25 years. Specialist equipment of the D-Day  landings is represented by a rare full assault battle jerkin, and a rare Battledress blouse to a Corporal of the REME who is believed to have served with the 21st Independent Parachute Company and retains the unique yellow and red cotton “ROYAL ELECTRICAL AND MECHANICAL ENGINEERS” shoulder titles. The airborne forces of the far east are not forgotten with a battledress blouse worn by a Lieutenant of the Indian Parachute Regiment, this with parachute qualification wings and bullion wire embroidered shoulder titles. Remaining in this theatre of operations is a “Chindit” Bowie pattern fighting knife and leather scabbard. This is one of a number of fighting knives which includes several Fairbairn-Sykes examples, including second patterns with both nickel and Parkerised grips, the latter with indication used by “Free French” special forces. A scarce BC41 fighting knife, is believed carried by a Sergeant Hide of  4 Troop 1 Commando” and one of the rarest knives in the sale is a British Gravity Knife by George Ibberson. Two WW2 period airborne steel helmets are included but an early 1942 fibre rim steel helmet with leather harness, will be of interest to advanced collectors, this example retaining the early style black rubber & yellow felt padding blocks. Royal Marines are represented by a WW2 Royal Marine 45 Commando attributed group of medals and ephemera, complimented with a 1943 dated green beret. An unusual pair of personnel “ID” Dog tags, including a German Prisoner of War tag were worn by a Captain of the Mobile Naval Base Defence Organisation later to be 11 Commando. He was captured on the 14th September 1942 during Operation Agreement a commando raid on Tobruk. The softer side of the “Royals” will be found with a fine quality gold & enamel regimental “sweetheart” brooch.
Catalogue now ONLINE 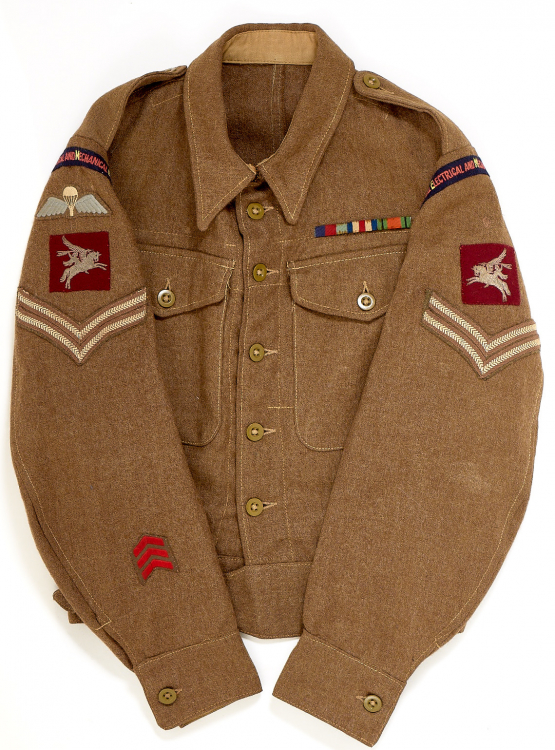 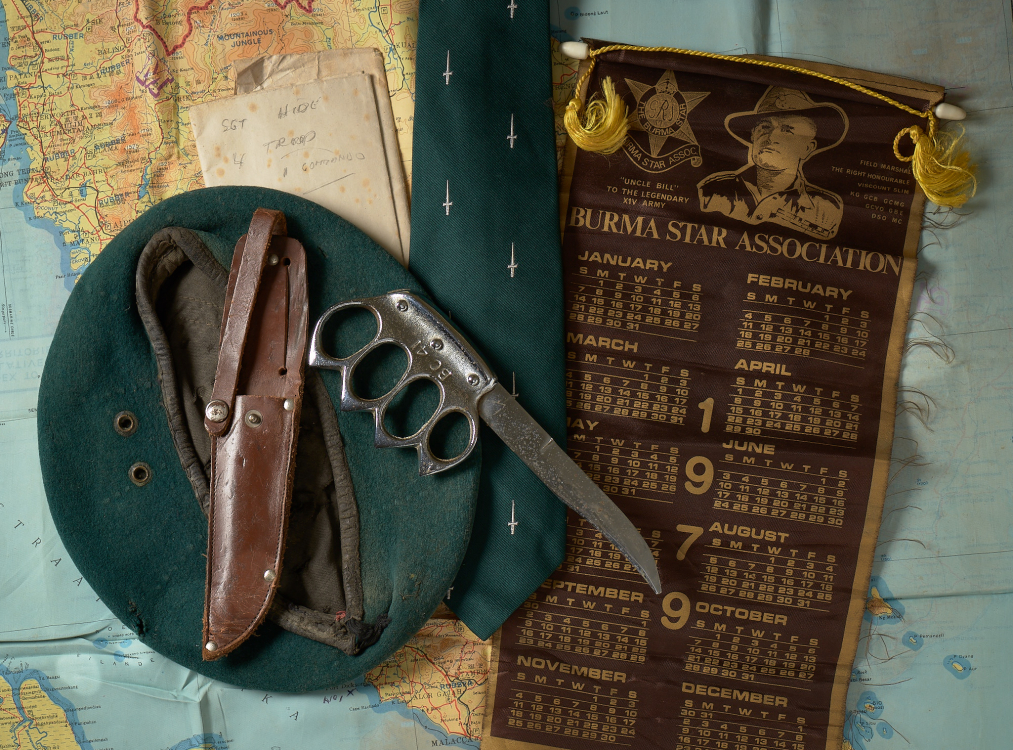