Bosleys see hundreds of continental European War medals, unnamed, unattributed, often unwanted, but a consignment entered for our November 2019 auction of a bag of medals and badges and a single typed sheet of paper was to unravel a family story of heartache which would span two world wars. This group included two WW1 British War Medals, each impressed with a name only, no unit no regimental number. A check of the UK Medal Roll for the Great War was the first step in unraveiling the tale.
The medals were awarded to two brothers Pierre and Michel Joassin with a third medal the Medal of WW2 Armed Resistance awarded to Pierre’s son Michel Pierre Joassin.
Both brothers were living at Herstal which was the home of the Belgium arms factory Fabrique Nationale, the town was over run by the Germans on the 7th August 1914, ten houses were destroyed and 27 civilians killed. The brothers volunteered their services to the British and are recorded as Belgium agents, little is at present known to the work Pierre and his brother undertook for the British during the war. Surviving Pierre continued to live in the town and in 1923 his son Michel-Pierre was born. Pierre’s services against the Germans would once again be needed with the declaration of war once more against German, the arms factory would once more be a wanted price by the Nazis. Pierre is confirmed as working for the resistance with his son, however on the 23rd March 1943 Pierre was arrested and his son was arrested three days later and killed by the Germans. Imprisoned by the Nazis, Pierre was eventually deported to Dachau Concentration Camp arriving on the 16th February 1945 categorised as a Political Prisoner, his prison number confirmed as “141282”. Surviving he was liberated and returned home to Rue Large Voie 83 Herstal to start the search for his son.

The typed piece of paper is a reply to enquire trying to locate the circumstances of his son’s death and his final resting place. Amongst the group can be be found Pierre’s original cloth uniform Dachau political prisoners badge and printed prison number. 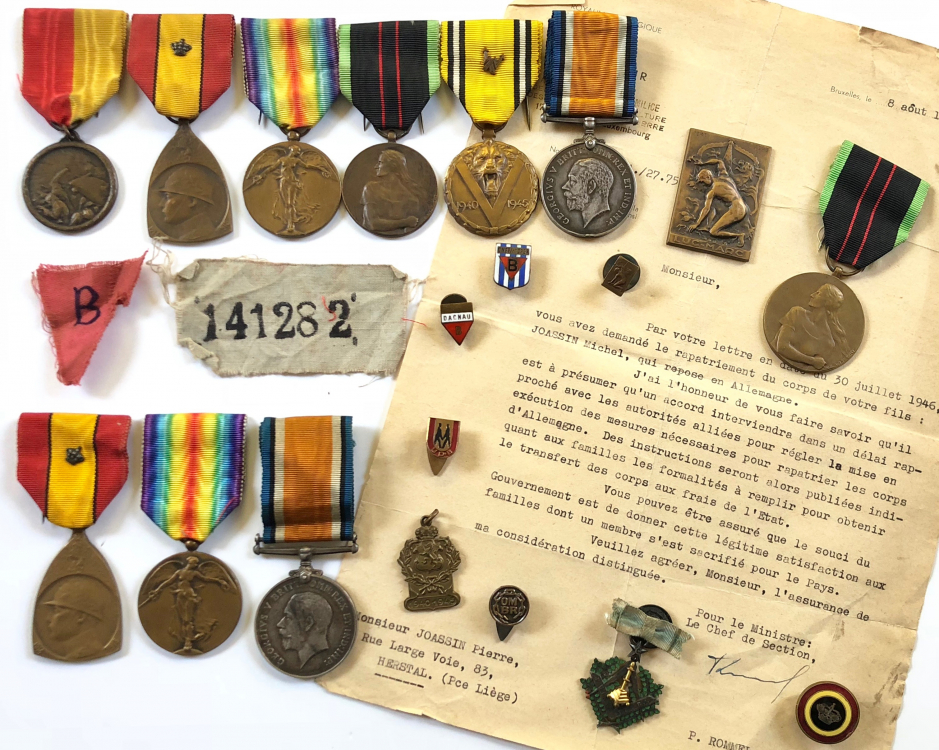 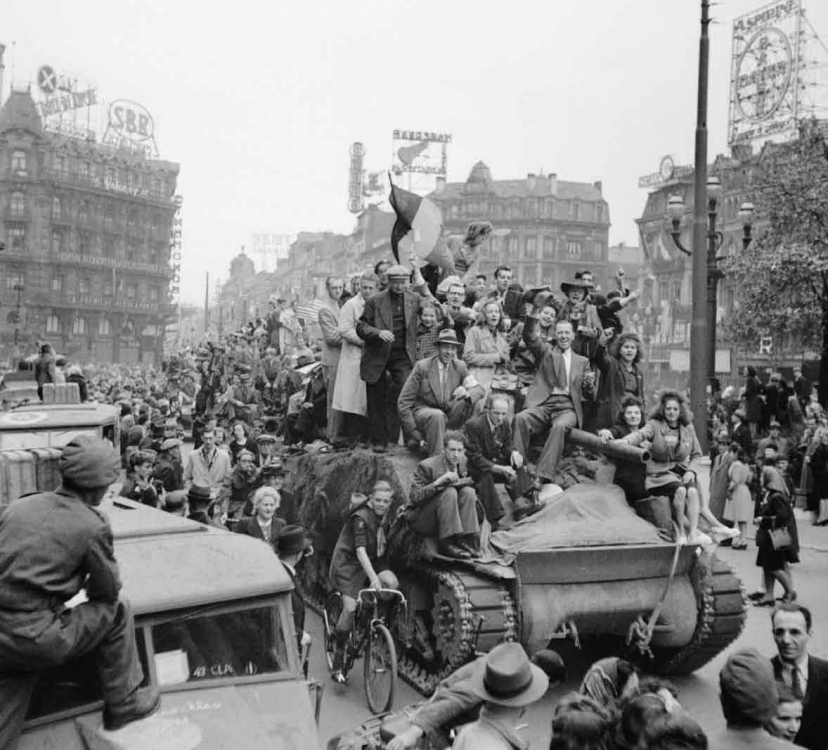