A shed find from an old friends house unearthed an extraordinary story of a forgotten Victorian and early 20th Century adventurer of Major Frederic Edmund Neel Royal Artillery and later Canadian Expeditionary Force who association with military weapons would span some sixty years. His remarkable archive of ephemera including original watercolour studies of Great War British and German grenades. Among the ephemera is a number of photographs recording his life not just as a soldier but as an adventurer. 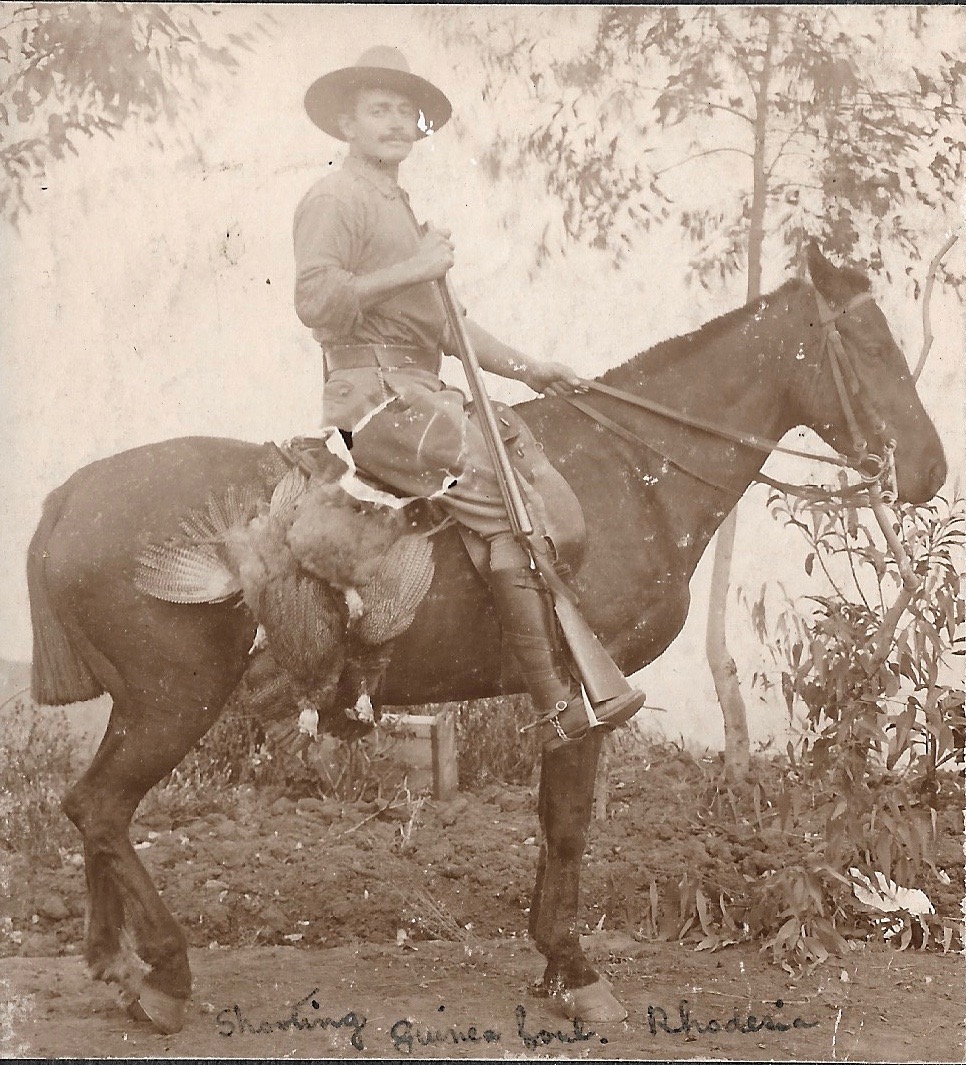 Major Frederic Edmund Neel was born in Jersey in 1871, he was commissioned into the Royal Artillery he was posted to Durban in 1891. In 1893 the Matabele War broke out and he fought at the Battle of Bembesi River Crossing. Later a fluent speaker of Dutch he was posted as an Observer to the Boer Commando under General Joubert. In 1896 Dr Jameson Administrator of Southern Rhodesia raised an irregular force to invade the Transvaal, Neel, went along on the adventure and like many of his comrades was captured by the Boers. Due to his earlier attachment to the Boer Commando he was allowed to escape and he rejoined his Regiment. Before the start of the Boer War he visited and meet with Paul Kruger. At the outbreak of the Boer War he saw action at Pretoria, Kimberley, the relief of Mafeking. He was later in the war attached to 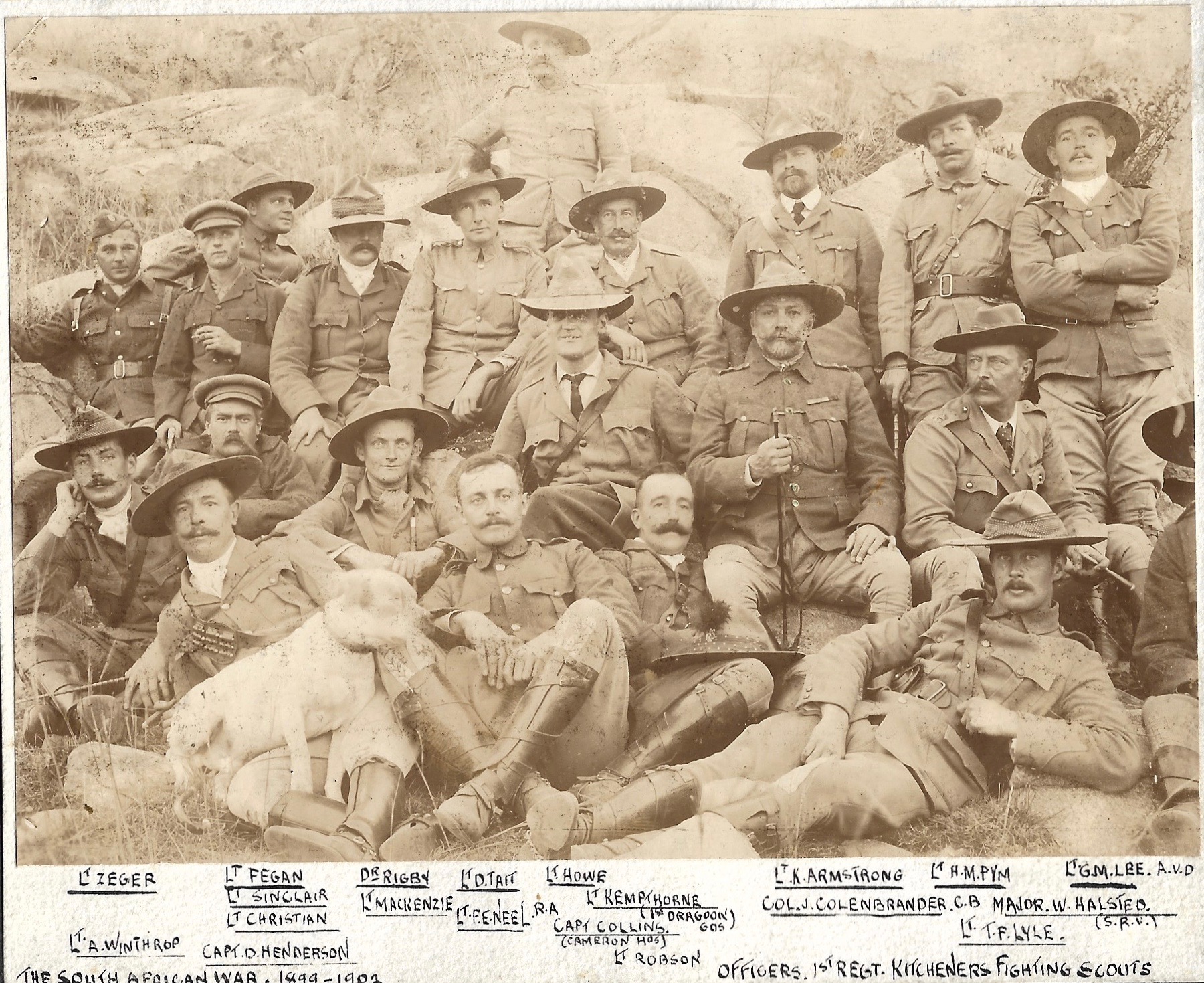 “Kitchener’s Fighting Scouts in command of a field gun. In 1905 he resigned his commission and after marriage moved to Canada and worked for a Railway construction Company who later got the contract to build in Mexico 1908 about the time General Huerta took over the Government. At the outbreak of the Great War he called upon an old friend Sir Sam Hughes, who assured him if he could get over to England he would be granted a Commission in the Canadian Army . Passage across the Atlantic was near impossible, but a chance meeting with a fellow Officer from his South Africa days, allowed him to sign up as a Merchant crewman to look after remounts for the British Army. He served as Major OC The Grenade School Shorncliffe, his job involving trips to the front lines in France, on one occasion he was wounded in the head by a rifle grenade. In 1917 he reverted to the rank of Lieutenant so he could join a Battalion in France and served with the 124th Bn CEF. He returned to Canada in 1919 and once again resigned his commission. At the outbreak of WW2 he once again offered his services to the Army, but time had caught up with him at an age of 69 he was rejected, not deterred he found employment with the Canadian Small Arms Company and remained in there employment until 1956. 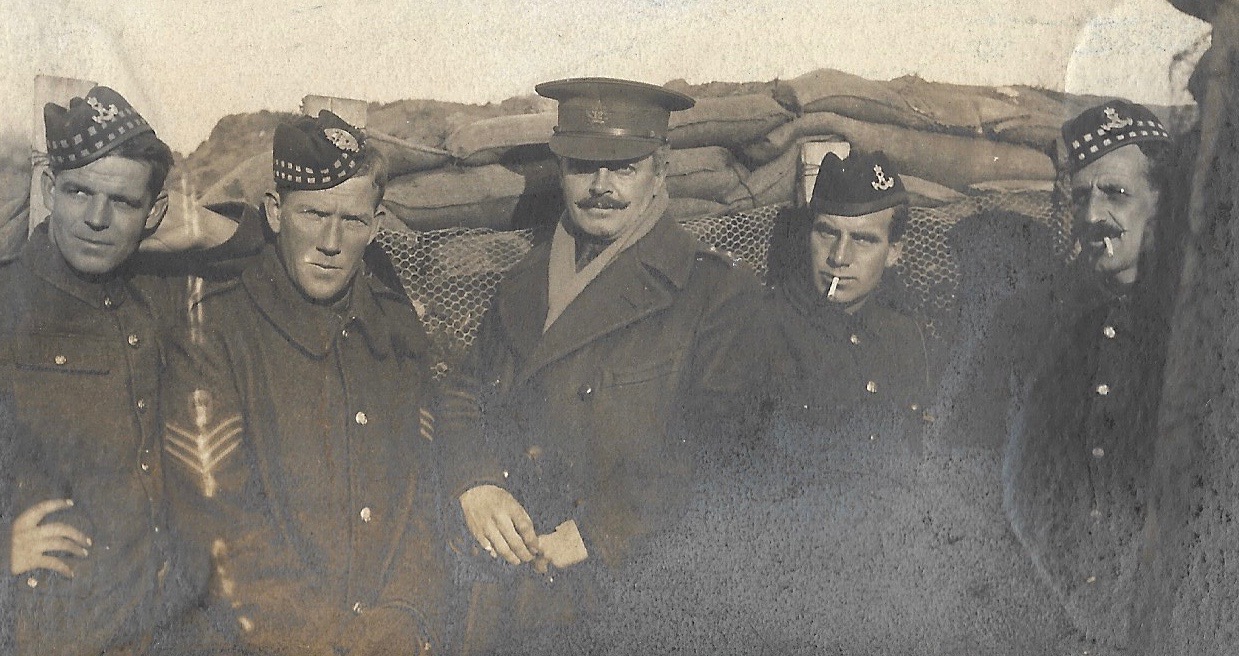 His archive and unusual miniature medal combination are included in the November 6th 2019 auction. 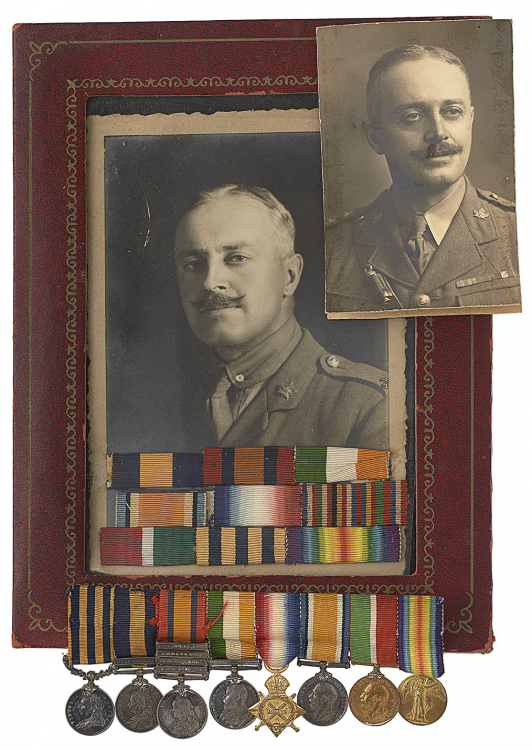 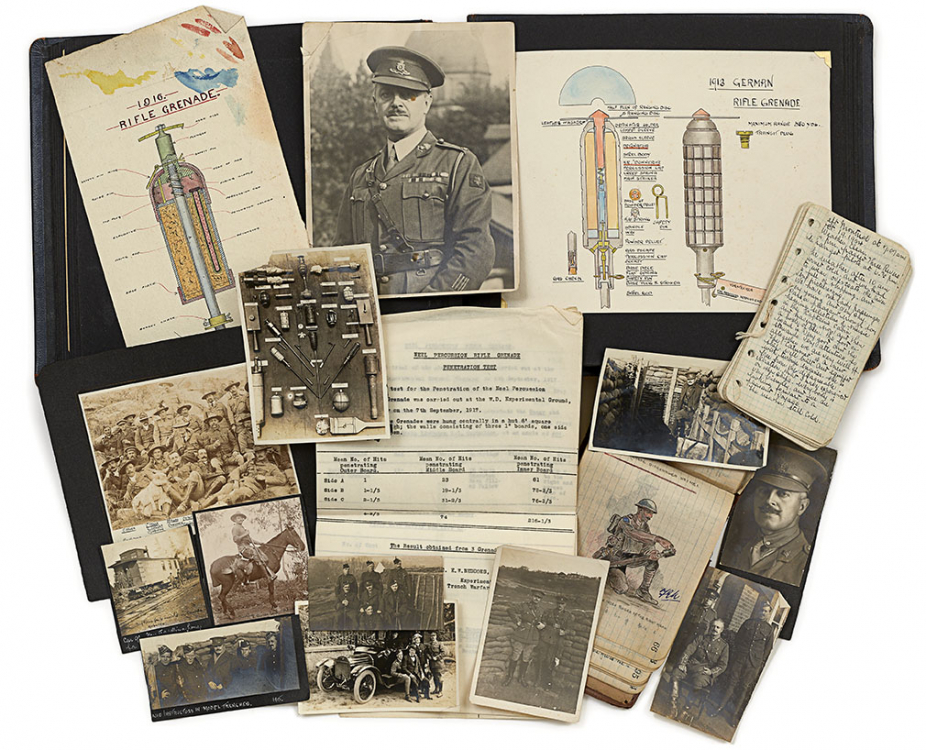 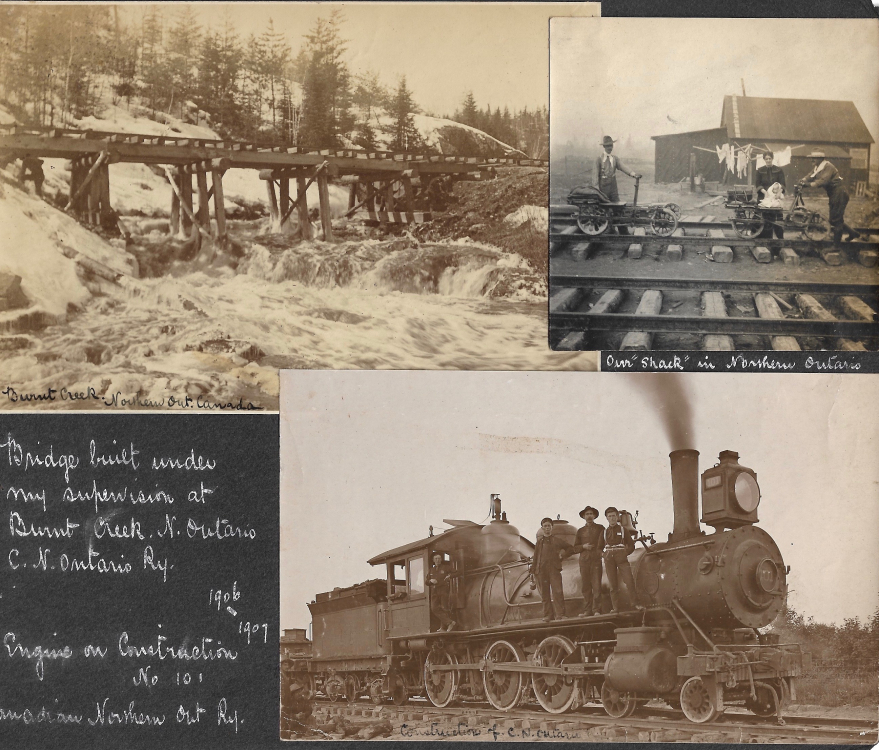