Leave The Splendour of the Parade Back on Horseguards.

Collectors of the late campaigns of Queen Victoria, will be spoilt for choice in Bosleys July auction not only a good array of campaign medals, badges will be available , but also field equipment and also rare battlefield pickups.
Boer war collectors will have the opportunity to bid on the extremely rare grouping of items attributed to 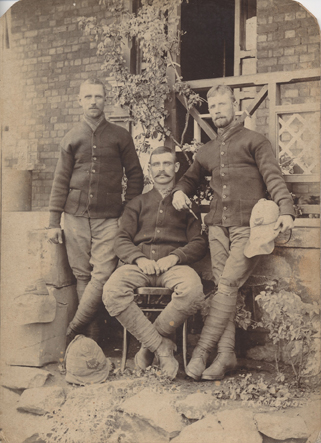 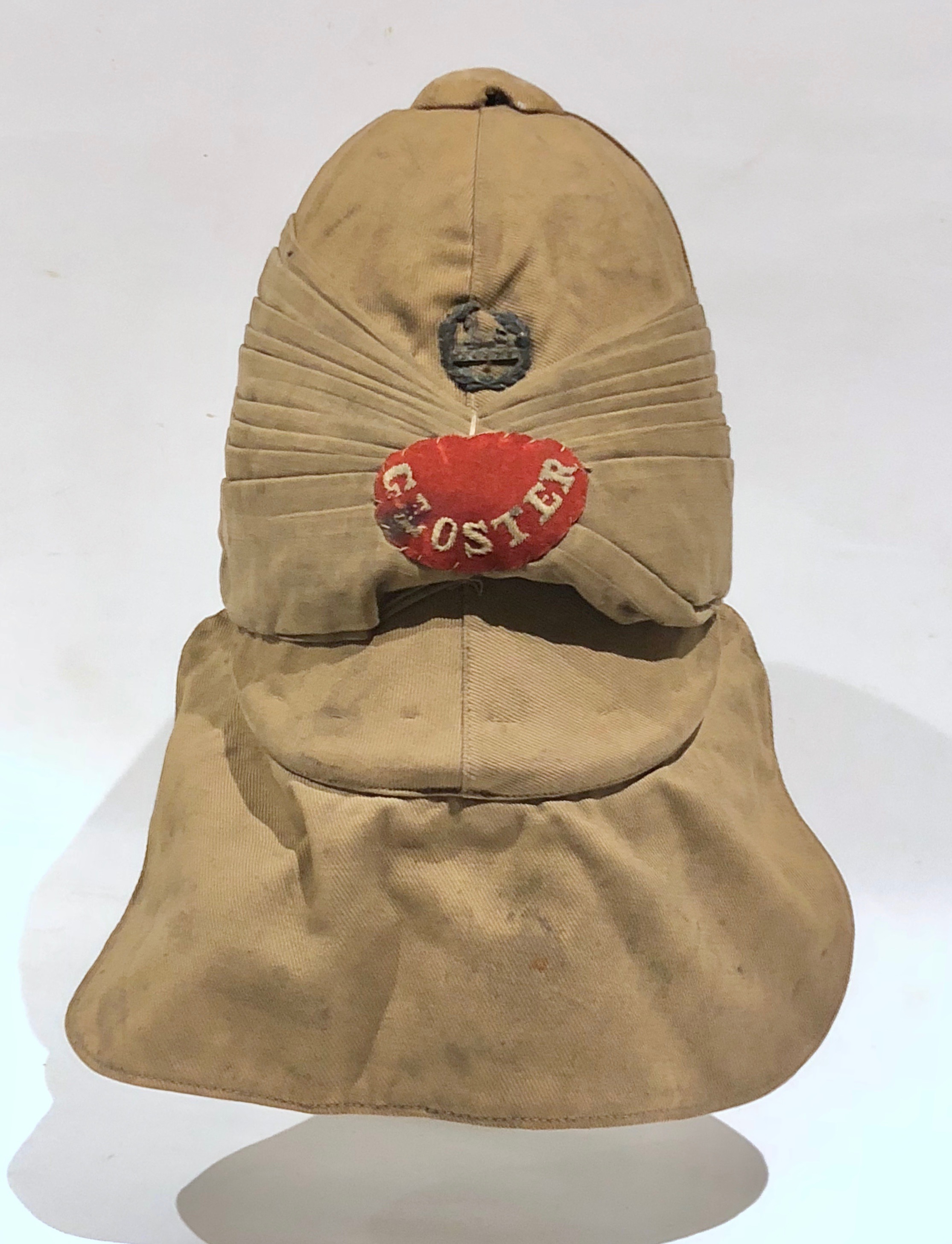 Comprising his original khaki foreign service helmet cotton cover tailored with pagri and rare feature of a neck flap. The rear “V” of the pagri supports a Gloucestershire Regiment metal back badge and padded scarlet and white embroidered cloth pagri badge. His Boer War medal group and the unusual souvenir in the form of a military 1899 issue leather hobnailed boot. This with a shrapnel / bullet hole passing through the boot with the exit hole to the heel. The family story being this was the boot he was wounded in during the Boer War. Remaining with the fight against the Boers is a splendid original photograph album, this compiled by later Lieutenant Colonel H.F.N. Jourdain CMG The last Commanding Officer of the Irish Connaught Rangers. It shows the “Connaught’s” in the veld on campaign.
Moving to the previous year of the start of the Boer War we are in the Sudan and a rare 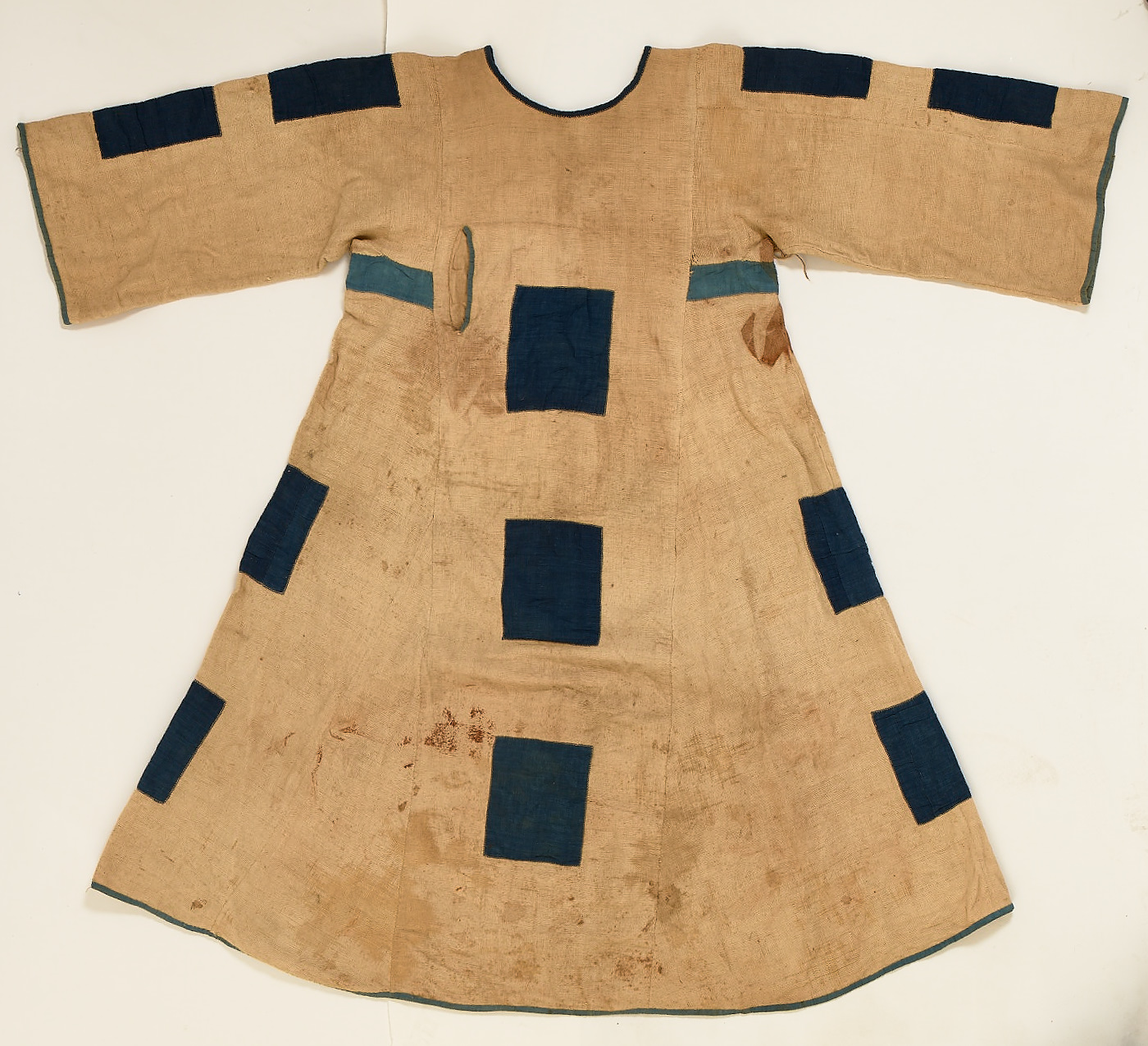 Battle of Omdurman era captured Dervish Jibbah Tunic. Consigned with a small grouping of believed to be from the estate of General Sir Francis Reginald Wingate 1st Baronet, GCB, GCVO, GBE, KCMG, DSO, TD who was  present at Omdurman in Sept. 1898. He later took part in the mopping up operations after the battle and with Earl Kitchener he confronted the intruding French expedition at Fashoda on 19th Sept. 1898, this date can be found on an ink label attached to an Egyptian Cavalry Lance Pennant also consigned to our July Auction. Please press the link on the home page or results page to browse our online flip catalogue. 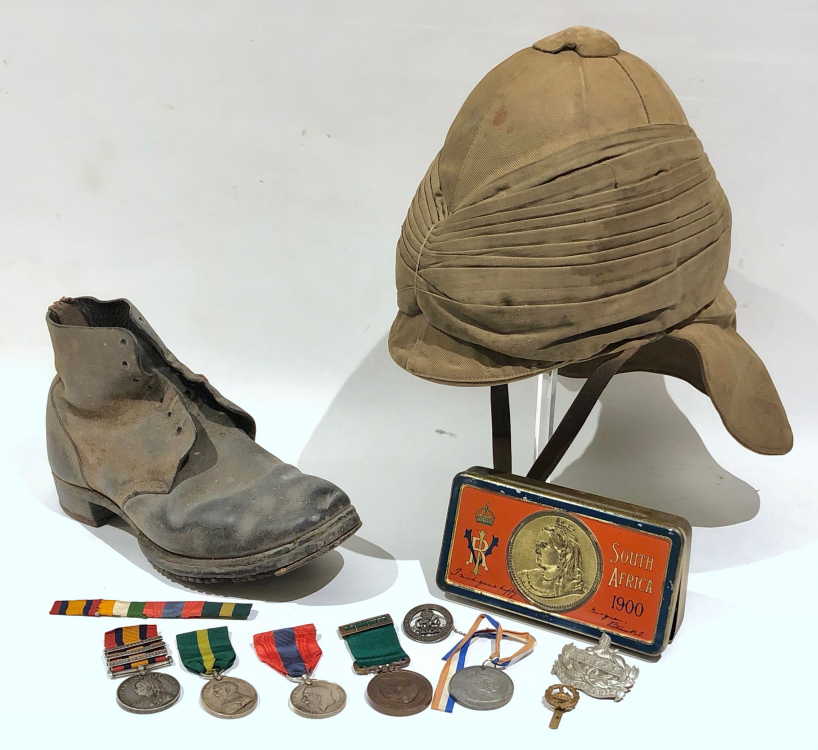 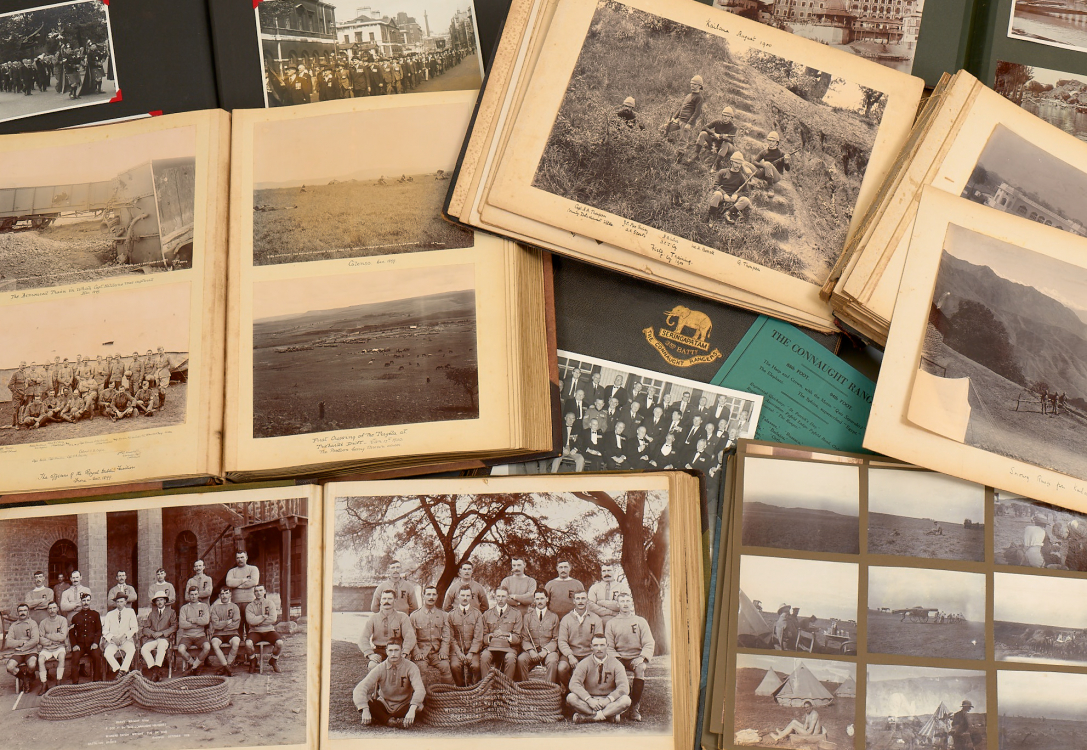