Jolly Roger "ahoy there me hearties Booty for July Auction"

Consignments for our 4th July auction are arriving and they include a very rare WW2 Submarine  “Jolly Roger” Pirate Flag attributed to the Royal Navy Submarine “Thule”. The ship was commanded by one of the most successful British Submarine Commanders of WW2  Lieutenant Commander Alastair Campbell Gillespie Mars, DSO, DSC and Bar, who operated in the Far East 1944/1945. He would later write a book on his wartime experiences in HMS Thule.
The Jolly Roger records some of the actions she took took part in the The bars to the left representing: 8 enemy vessels, both warships and merchant ships sunk. The two daggers representing clock and dagger operations, dropping off and recovery of agents, these taking place on the subs 4th War patrol on the East Coast of Malaya. Crossed guns and three stars representing 3 sinking, as a result of surface actions.
Some maybe puzzled, asking why a Pirate Flag on a submarine, this tradition, goes back to a remark made by the First Sea Lord Admiral Sir Arthur Wilson (1910-1911), who complained that submarines were "underhanded, unfair, and damned un-English" and that personnel should be hanged as pirates”. As the then submarine service was still in its infancy, some enterprising young Captain, decided to raise the Jolly Roger at the end of a successful war patrol. The practice was picked up by a number of Captains, but it was not until WW2 that it became more widespread and encouraged by Submarine Flotilla Commanders, successful submarines flying their pirate flags, capturing the imagination of civilians back home as they watched Pathe News films in the cinema
It was a tradition, that the youngest member of a Submarine crew would be responsible for keeping the Jolly Roger up to date with “Victories” and this was the case with this flag, the vendor’s father only being 20 years old. On leaving HM Submarine Thule in May 1945 after the ships 5th War Patrol, this flag was presonally presented to him by Captain Mars. The flag is accompanied by a selection of original photographs, representing AB Fern’s career with the submarine service. Estimate £3,000-£5,000 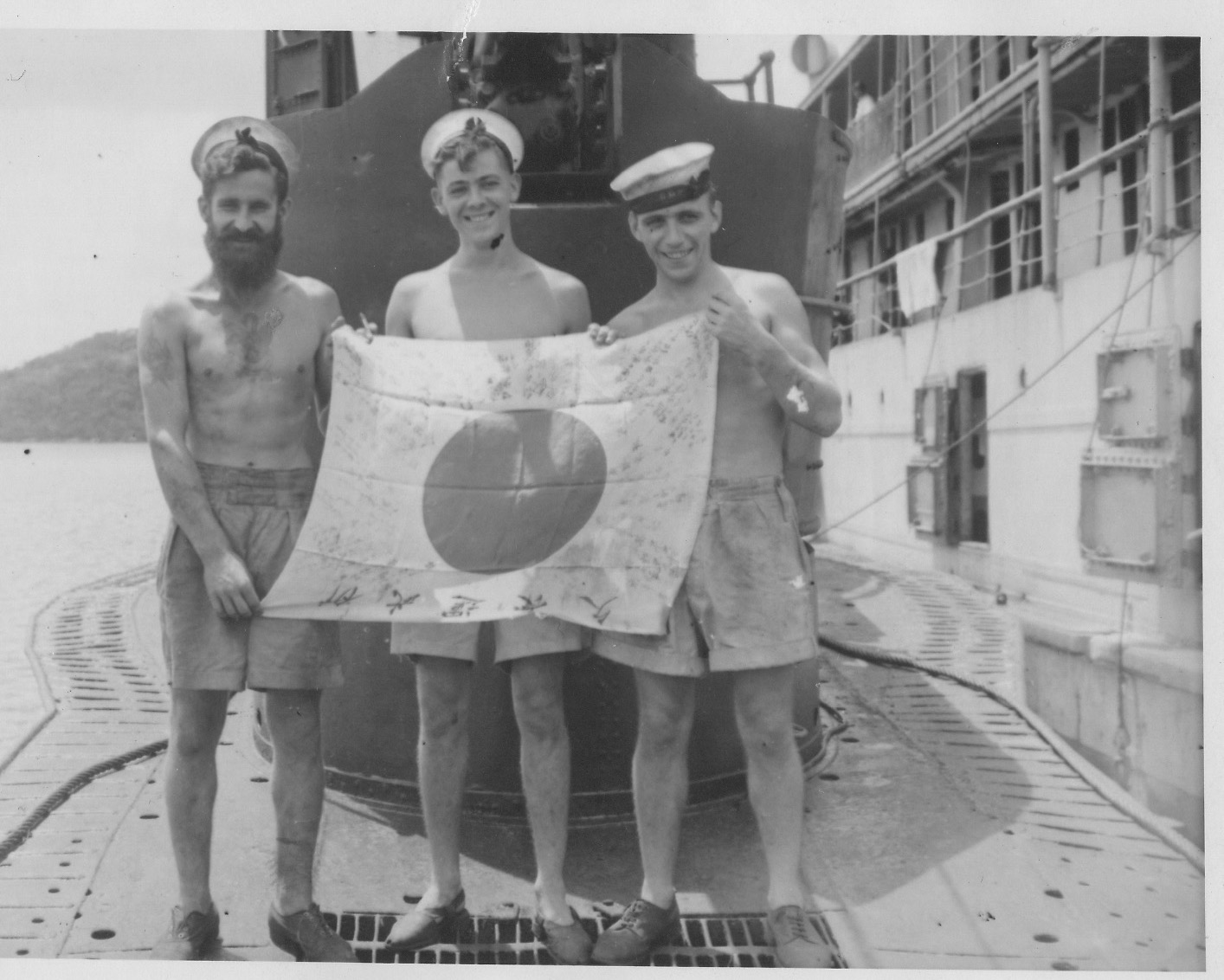 Able Seaman Fern, with his shipmates. 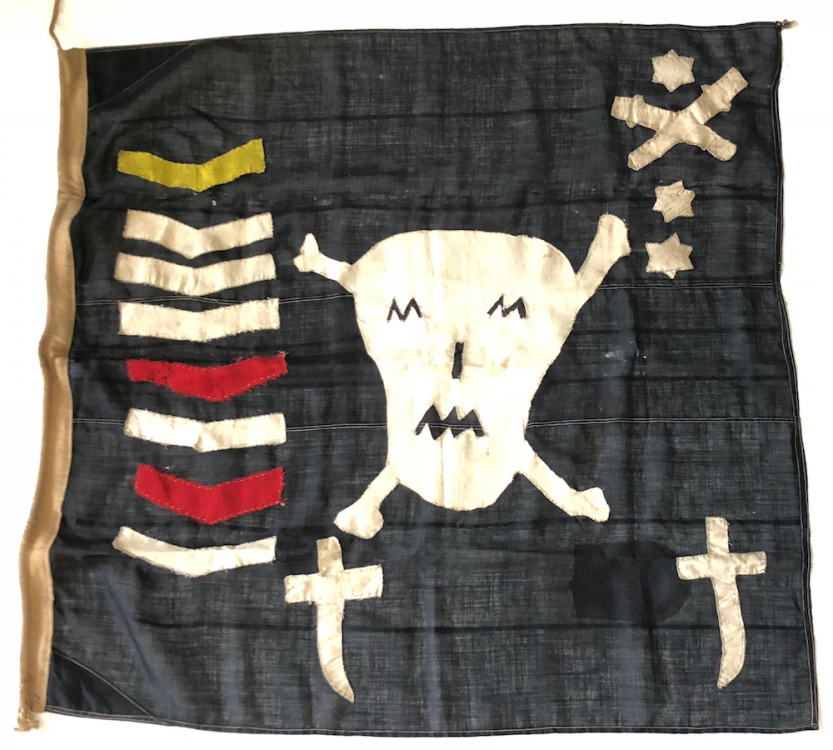 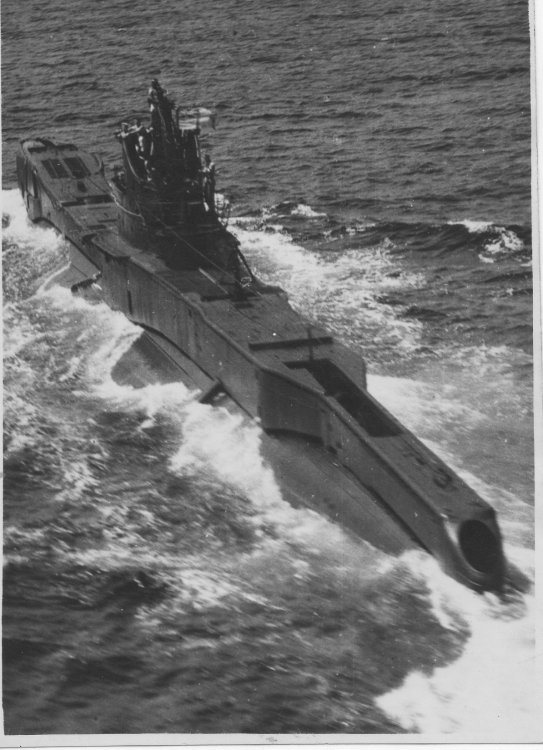