Our 4th July sale contained a fine cross selection of military collectables and despite the heat wave of early July both room and internet bids were keen
The sale began with military badges and the highest price of this section was £2,400 for a magnificent example of a 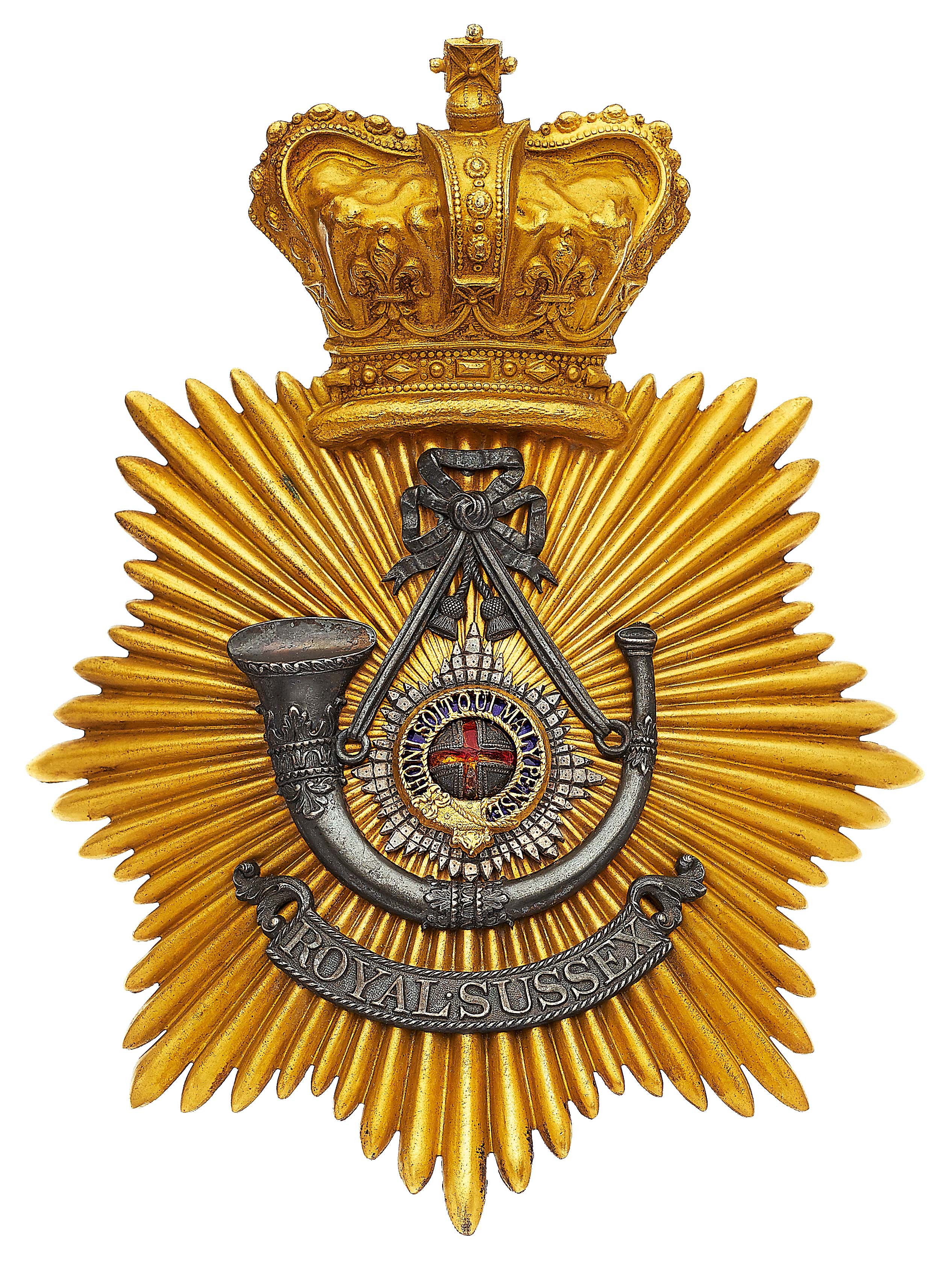 Royal Sussex Light Infantry Militia William IV / Victorian Officer’s “Bell-Top” shako plate circa 1829-44, this was closely followed by a Bedfordshire Local Militia George III Officer’s shoulder belt plate circa 1809-16. which sold for £2,000 a determined room bidder seeing off a live international internet bidder. Within this section was a selection of Sheffield City Police and Ponterfract Borough Police Insignia, comprising 17 items the hammer fell at £1,000. A good selection of military accoutrements included a splendid and rare example of a Buckinghamshire Yeomanry Cavalry Guidon circa 1827, £4,200 and an Officer’s Sabretache of the 10th Prince of Wales Hussars sold for £2,000. A strong medal section saw a collection of 10 Naval General Service Medals with an example awarded to an Officer bearing the clasps
“Curacoa”& “St.Sebastian” selling for £7,000, 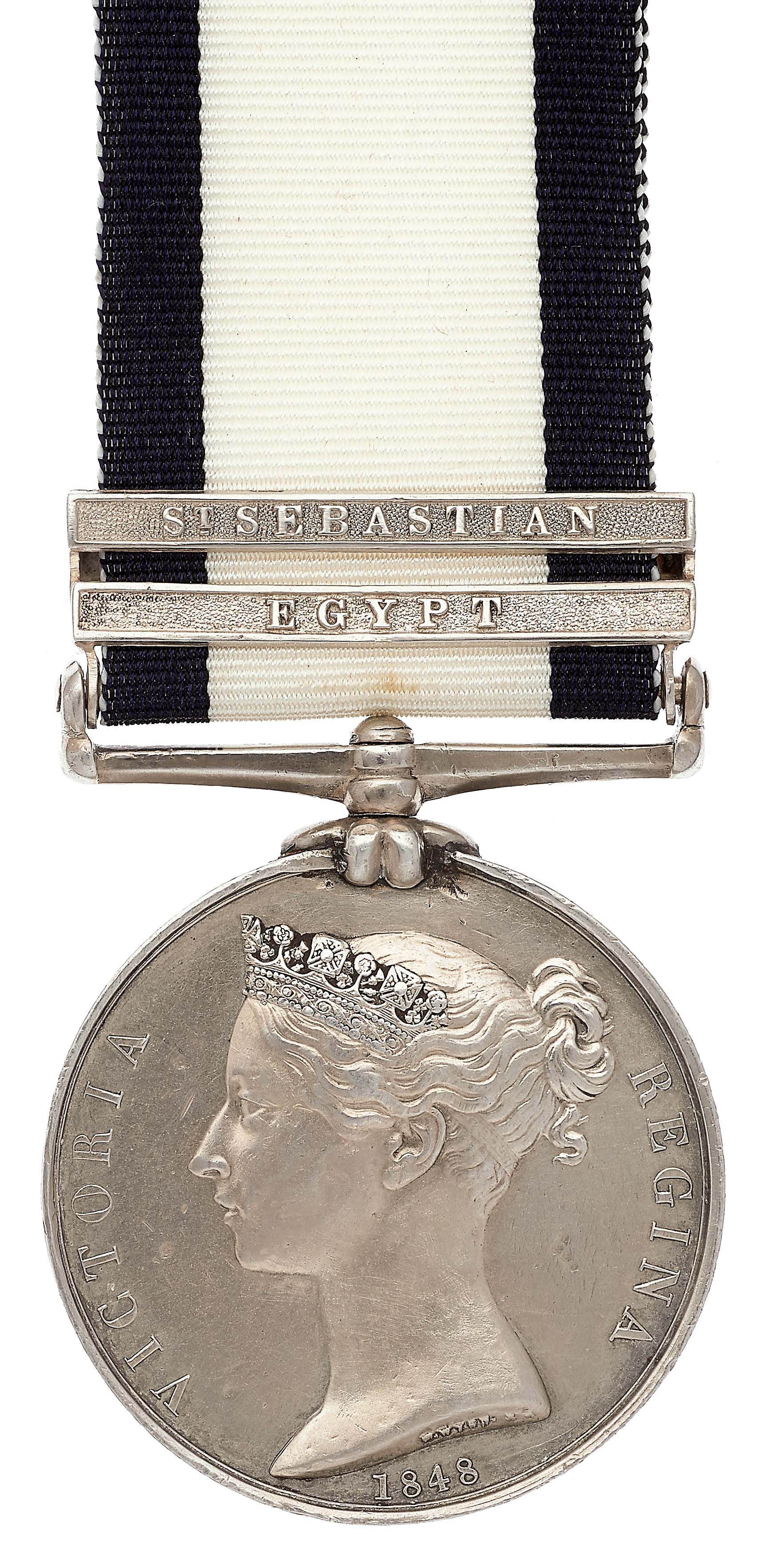 this was followed by an interesting two clasp example awarded to Sir Lovelace Stamer 2nd Baronet, who in 1810 at the age of 13 ran away to sea to the despair of his father, then Lord Mayor of Dublin The interest created by the story achieved a hammer price of £6,000. This sale saw the last part of a collection of gallantry medals to the brave souls of the Royal National Lifeboat Institution and included the silver medal awarded to Mr Benjamin Jacobs, who at the age of 56 was Coxswain of the Brooke, Isle of Wight Lifeboat in 1916. His medal selling for £1,500. Once again this section reminded of the personal cost suffered during the Great War, with an emotive Memorial Plaque or in this case a “Dead Women’s” Penny. The plaque was awarded to Miss Bertha Vinter a nurse with the Territorial Forces Nursing Service who died in May 1918. A WW2 Royal Navy Submarine Service “Jolly Roger” patrol flag attributed to the Submarine HMS Thule commanded by Lieutenant Commander Alastair Campbell Gillespie Mars, DSO, DSC and Bar sold for £6,500. A surprise amongst the Curiosity section of the sale was a 1915 Turkish Signalling flag, picked up by a member of the East Kent Mounted Rifles, sold for £1,000. Another interesting item of the Great War was a rare example of the Royal Welsh Fusiliers “Welsh Sword” devised for Trench Fighting. This example had been found concealed within a wall during renovations and although without scabbard and film of rust sold for £1,300. German Third Reich items remain popular and £4,600 was paid for a rare example of a SS Leibstandarte Adolf Hitler Officer’s sword circa 1934-36 by WKC. An SS dagger by the rare maker Aesculap, Tuttingen sold for £1,300 and a TeNo Officer’s dagger by Carl Eickhorn, Solingen sold for £2,200. This sale also saw the second part of collection of SOE items and a Dart firing Pen sold for £2,400 a Royal New Zealand Air Force Compass button £1,900 and the SOE Quartermaster’s “Descriptive Catalogue of Special Devices and Supplies” achieved £3,600. After close on seven hours of selling, bidders remained as active, the last few lots contained Fighting Knives, one been a rare personalised 11 Scottish 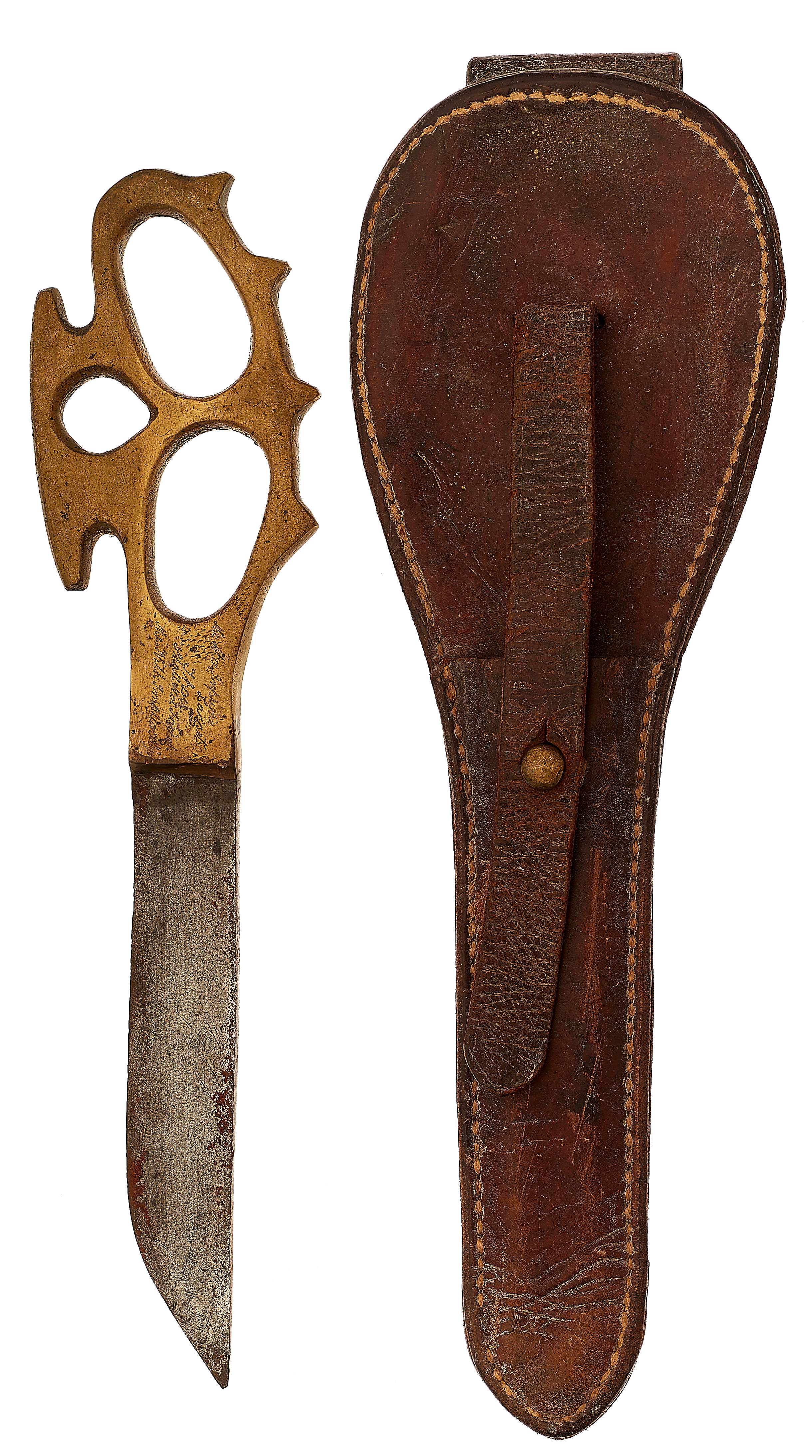 Commando Middle East Commando Fighting Knife £1,700 and the penultimate lot which on first glance appeared to be a standard 3rd pattern Fairburn Sykes Commando dagger, proved to be one of the rarest of the type, being one of the few known examples bearing the Wilkinson and FS logos to the blade. An internet bidder leaving a long waiting disappointed room bidder by paying £1,100 hammer. 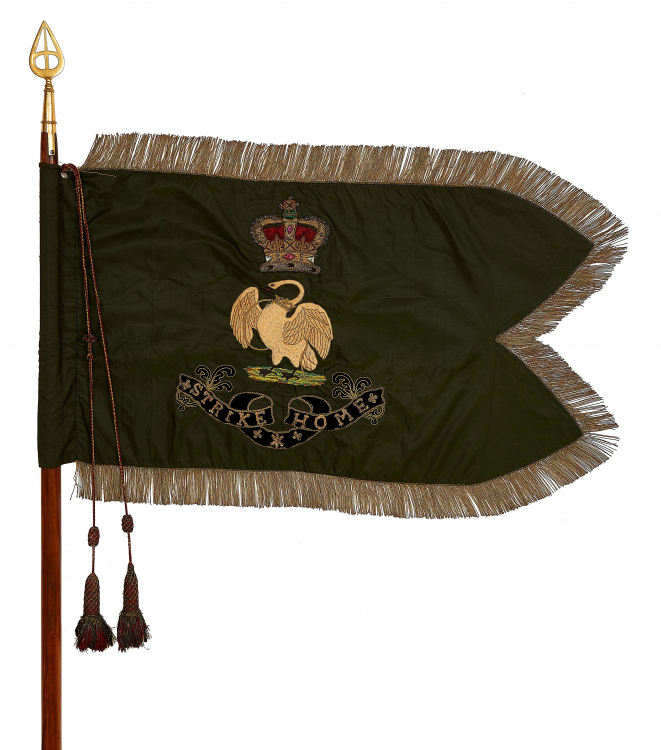 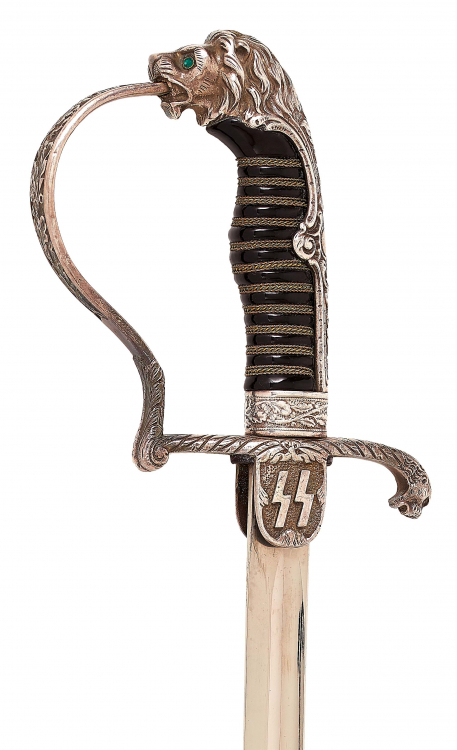