Escape & Evasion and Full Sail Ahead For 7th March Auction.

Lord Nelson’s greatest victory will be represented in the next Bosleys military auction to be held on the 7th March at their Court Gardens saleroom by a scarce 4 clasp Naval General Service Medal. Awarded to an Able Seaman serving onboard HMS Royal Sovereign a 100 gun first rate ship of the line. At the Battle of Trafalgar she led one of the columns and was the first to cut the line and engage the enemy, Nelson pointed to her and said, 'See how that noble fellow Collingwood carries his ship into action!' . This Naval General Service Medal is just one of ten examples consigned another NGS is a two clasp medal one being the clasp : Arrow 3 February 1805  Awarded to a Ships Officer Archibald Gray Ships Carpenter, this representing one of only 8 clasps awarded. HMS Arrow a sloop along with HMS Acheron on escort duty engaged two French frigates. Their actions resulted in most of the convey escaping but both Naval vessels were taken after a fierce stand resulting in the Arrow sinking and Acheron been burnt by the French as a useless hulk. A nautical theme will run through the medal section with examples awarded to the Royal Marines and the second part of a Life Saving Medal collection to the often unsung hero of the RNLI. 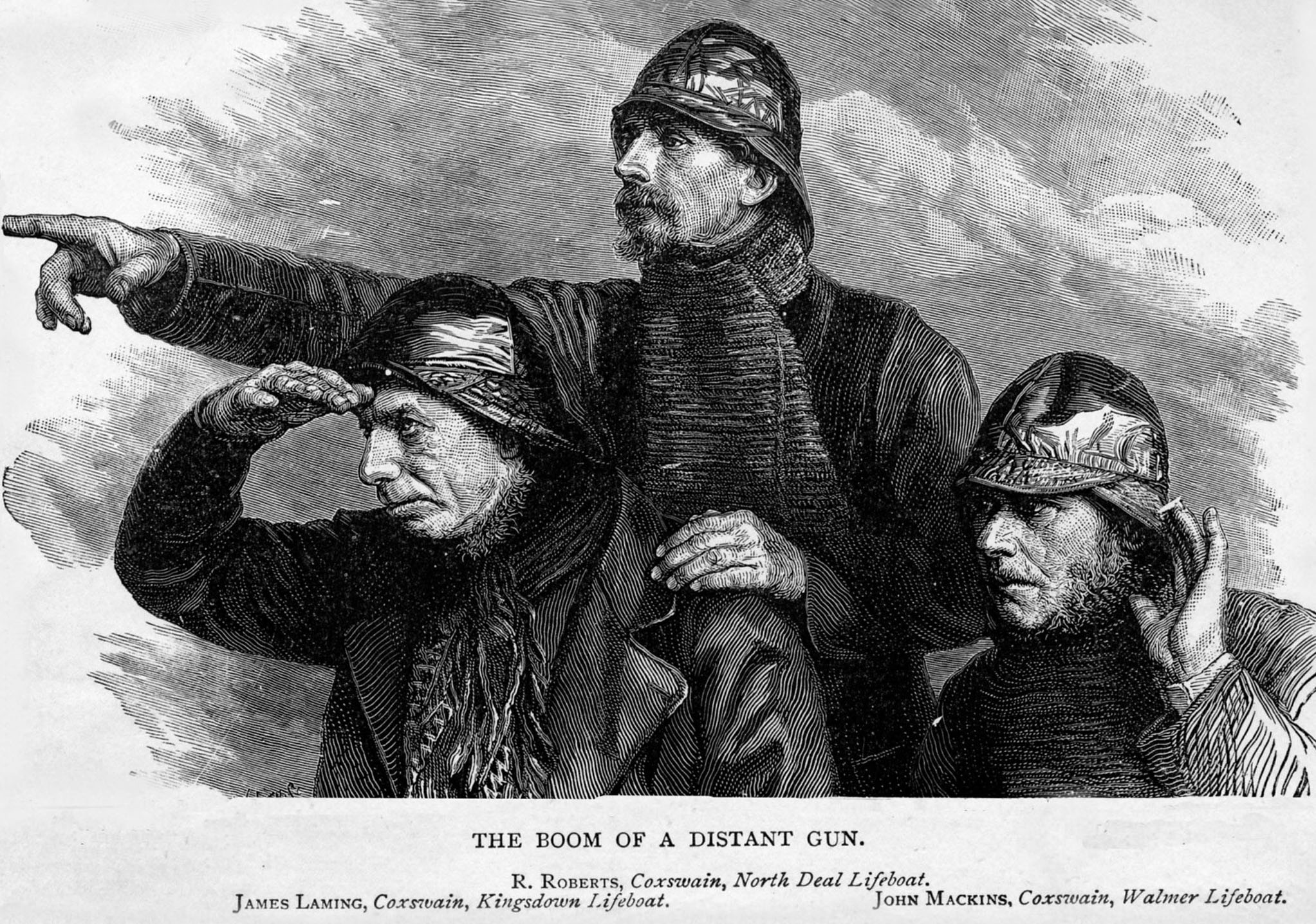 There are also some gallantry medal to the DLI. A number of military badge collections have been consigned and this sale will see a good selection of pre 1922 Irish Regiments, Middlesex Regiment, Royal Marines, Channel Island Militia and Hamphire Regiment to name  a few. Examples worthy of special note are super enamelled 39th Foot shoulder bel plate, 16th Foot Officer’s Belltop shako plate, 27th (Enniskillen) Foot, Light Company Georgian Officer’s Regency shako plate and an important early Jersey Militia shako plate
Collectors of WW1 of both British and Imperial German will have an opportunity to enhance their collections, with a good collection of 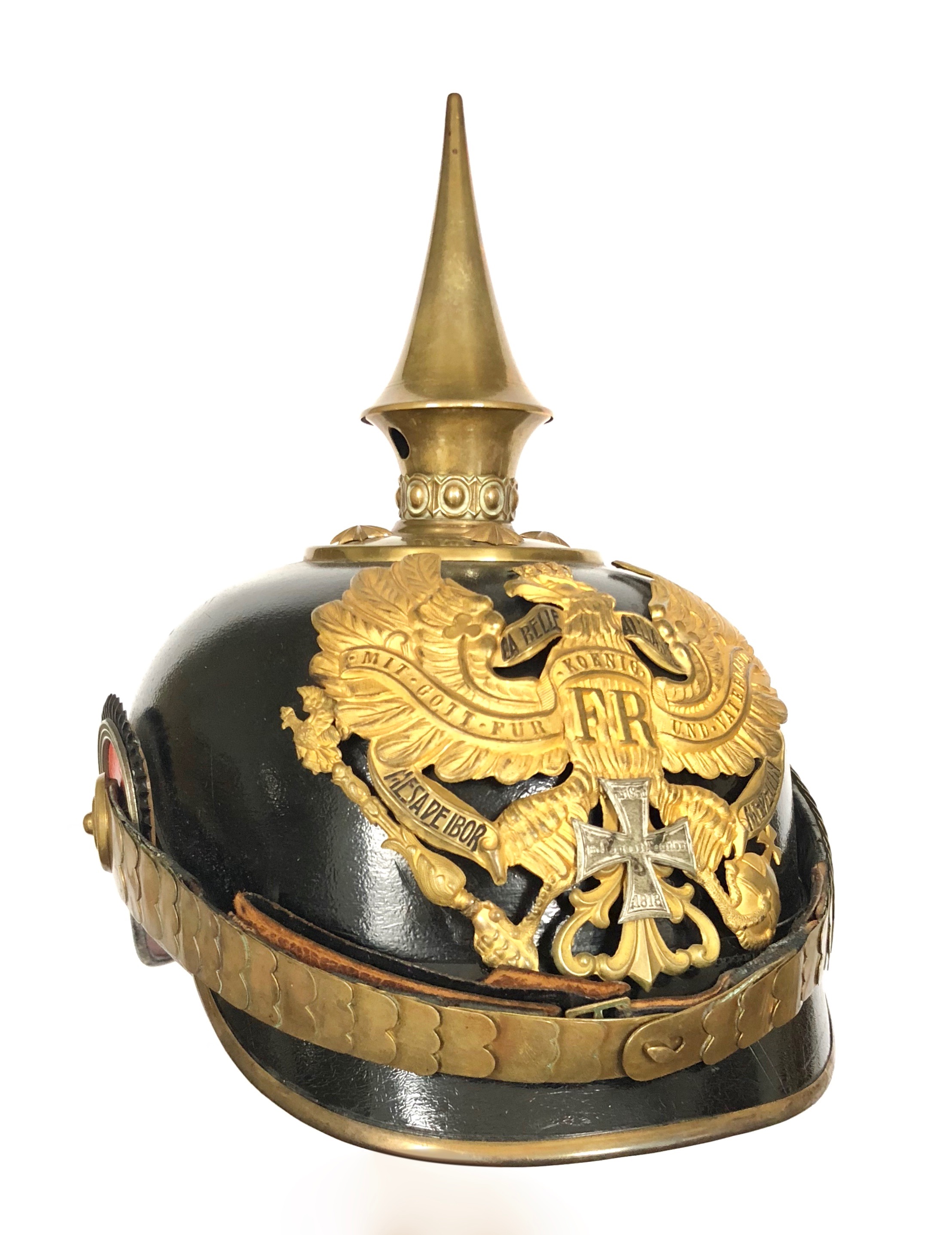 Imperial German Officer’s picklehaulbes consigned including a number of scarce examples. The British collector will find a rare uniform, medal grouping for an Officer of the 6th BN South Wales Borderers. Comprising is 1917 dated tunic, this retaining both Battalion and Divisional cloth badges. The tunic complemented by his British War & Victory Medal. The Officer Killed during the great German Spring offensive of 1918. Headdress will see a number of cavalry helmets including a fine example worn by the Lanarshire Yeomanry,  Royal Horse Guards and  12th Lancers. The German Third Riech section of the sale is filling fast with a number of daggers consigned and good example of a Luftwaffe Officer’s summer cap, War Cross in Gold, Single decal Army combat helmet and a selection of combat breast badges including Army Parachutist. This sale also promises to contain a good selection of military swords, including a number of French Napoleonic examples, as well as a scare Edwardian Northampton Yeomanry. Also featured in this sale will be the first part of a superb collection of original  Escape & Evasion and Special Operations Executive SOE clandestine equipment. This will include the rare edition of   “Per Ardua Libertas” The Original MI9 Book of Gadgets for the Special Operations Executive SOE / Escape & Evasion. This being an original edition of the MI 9 book produced for a visit US intelligence officers who wanted to share and use the ideas of MI9 in 1942. it is believed that only 100 of these books were printed. The collection covers clothing in the form of an Agents jump suit and helmet, Compass buttons for the Royal Navy and RCAF, personal concealed equipment including a gents comb, with concealed blade. Remaining with blades are a selection of original  Assin daggers and weapons a number actually illustrated in the legendary reference book “Fighting knives”  by Frederick Stephens. An important Japanese War Crimes archive including the investigation into the death of Indian nationalist Subash Chandra Bose 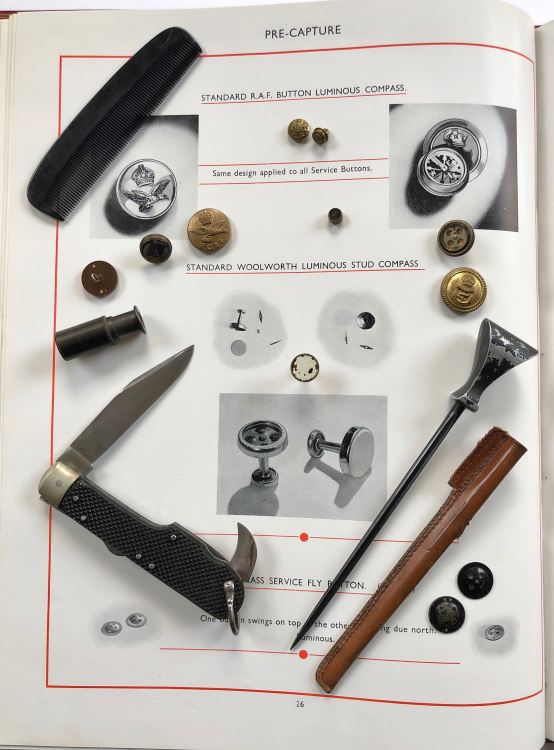 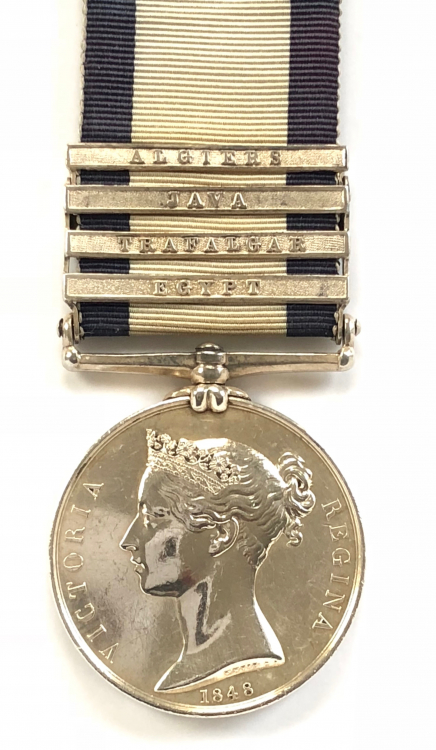 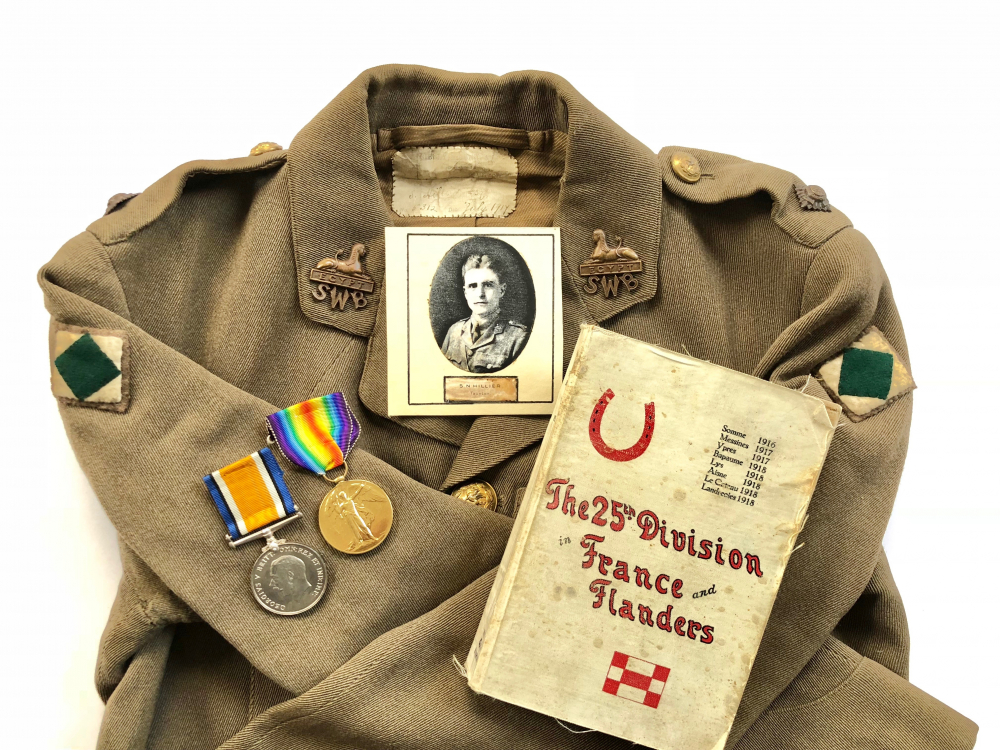