Our first Bosleys sale to be held in our Ravon Court Saleroom in Stafford, proved a great success for both our buyers and sellers. The doors opened to viewing at 8 o’clock and within minutes numbers of bidders were settling down with complimentary teas and coffees to view the lots on offer. By the time the sale started at 10am the viewing area was full and medal buyers were in their seats. Lot 1 sold for twice its lower estimate and the die was set for seven hours of intense bidding, the room often outbidding postal, live internet and telephone bidders. Room bidders also took advantage of our view, bid and clear lots during the auction which we continue to operate. However the room bidders did not have it all their own way when the highest hammer price of the day £15,000 was paid for an outstanding Naval General Service Medal, Artic 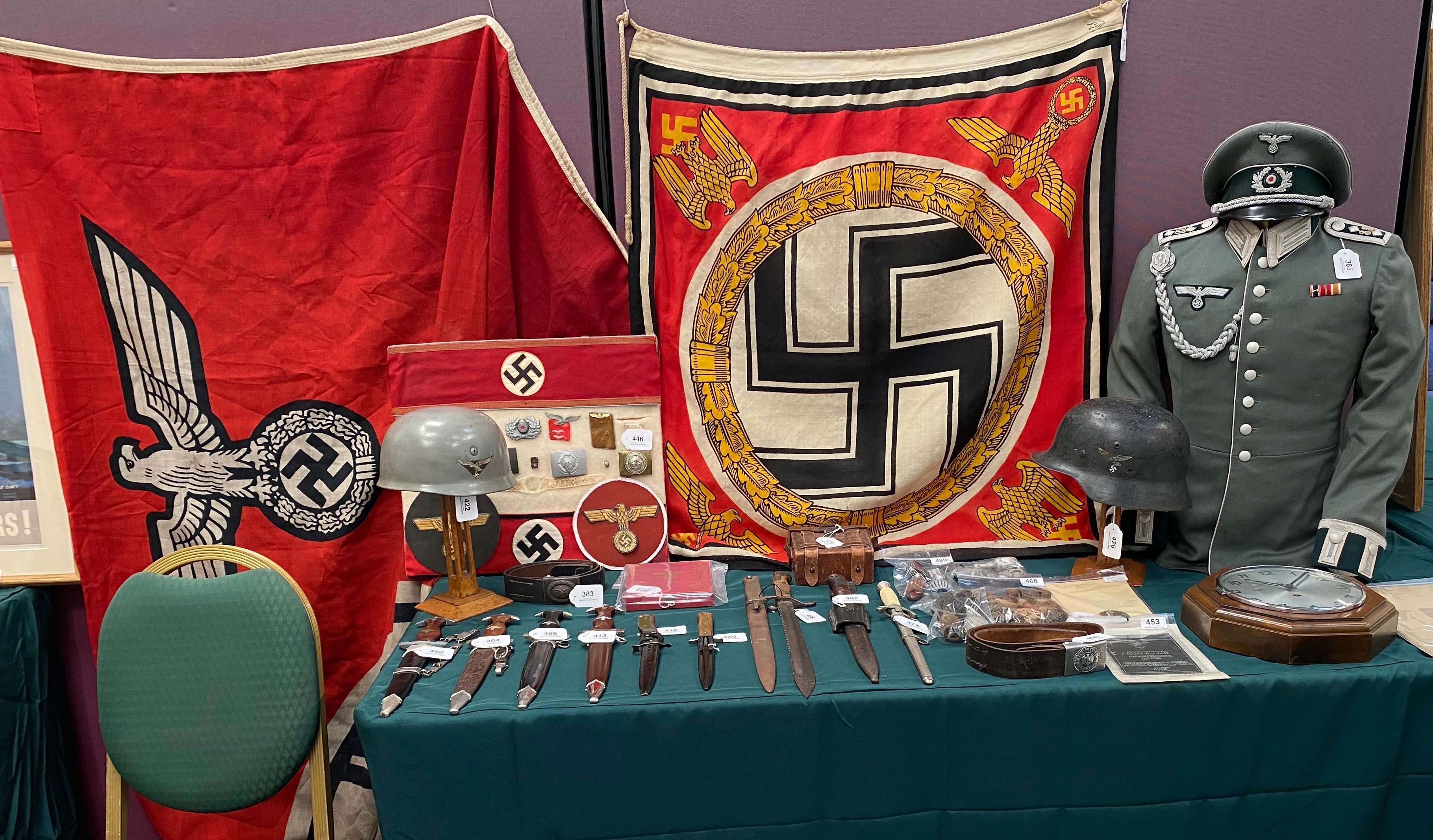 Medal pair by a telephone bidder, the internet under bidder later telling us how disappointed they were to have lost the medals. Ravon Court is a central UK location and bidders had travelled from all four points of the compass to compete for lots, with a number of fresh, local collectors and dealers attending. Auctioneer Bernard Pass, a veteran of 109 Bosleys public auctions, said “The move away from Court Gardens, Marlow, was a difficult decision to take after being at that location for 26 years, but after our first sale here at Ravon Court, with the high attendance not only in the room, but through the internet and telephone and with the positive comments we have received, I have no doubt the right decision has been made, which can only be beneficial to our clients”. Bosleys continue to have their Office at The Old Royal Military College Remnantz in Marlow and are planing four public sales and with those of our sister company Marlows, 2020 will see 8 sales at Ravon Court. 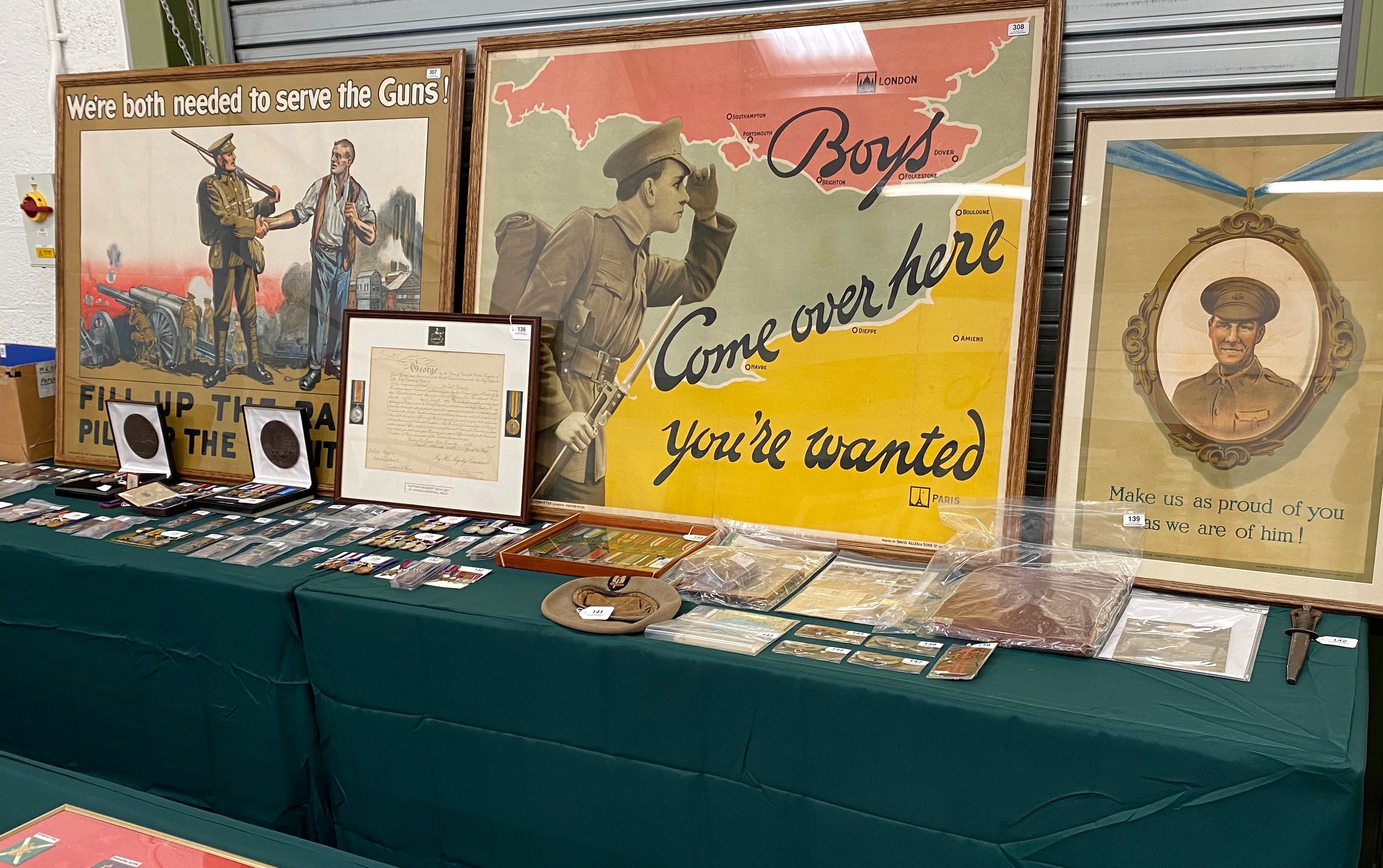 Don’t forget our new format Bosleys Badge Auctions, which we are planning to have four live internet sales for 2020 and commission/postal bids can still br made in the usual way. 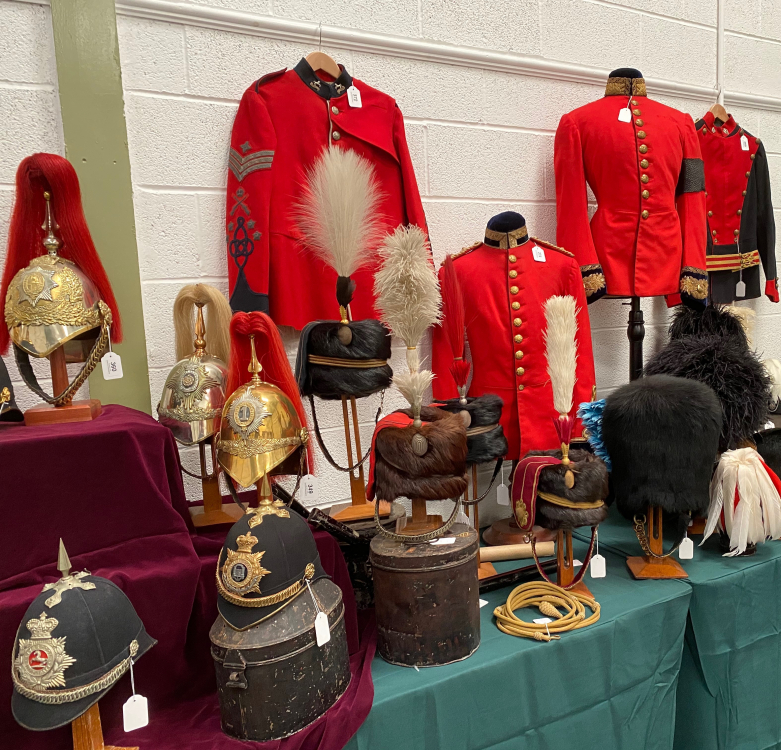 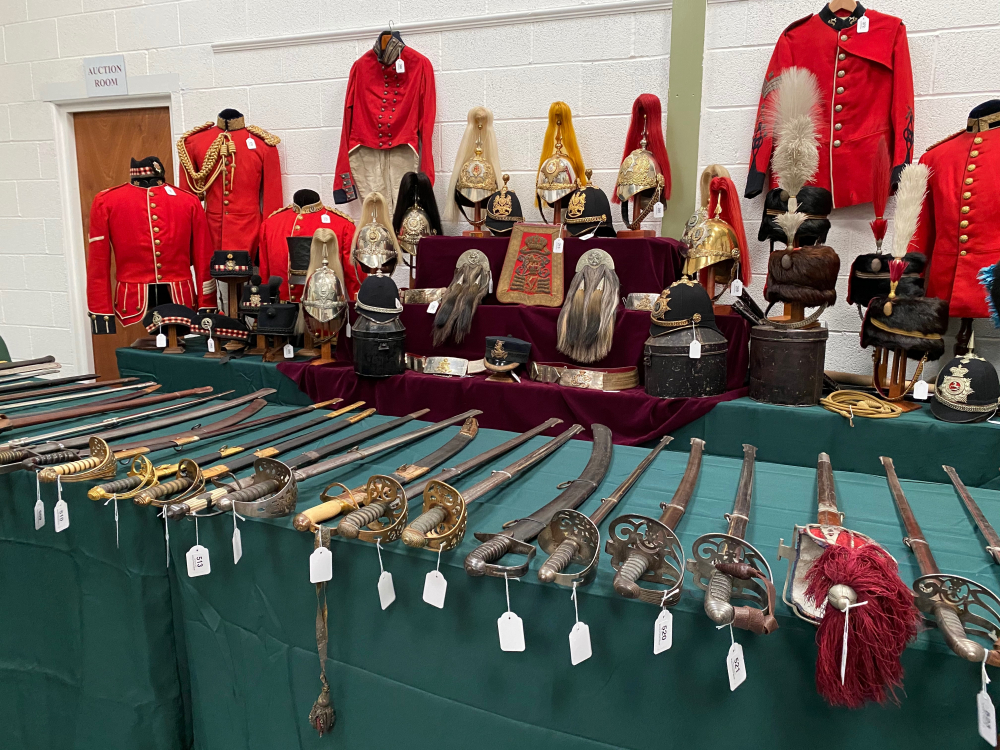