It seems strange sitting in Remnantz Bosleys HQ on Wednesday 8th April when we had our new format Bosleys Badge Auction scheduled, I feel I should be on the rostrum wielding the gavel and telling my normal banter of very bad jokes, however the UK and the world has far more important things to think about. The catalogues for the 8th April has been printed and sits in the hallway waiting to be despatched as soon as we can set the new date. This sale will see consignments from a number of specialist collections, these include Officer’s silver hallmarked examples, including a rare Oxfordshire Hussars (1915) cap badge, Scottish Provincial silver Inverness, Banff, Moray, Nairn Militia Victorian Officer’s glengarry badge circa 1861-81. and Indian Army 31st Punjab Infantry Victorian Birmingham 1892 silver hallmarked pagri badge. The regiments of the British Empire will have a strong representation with Indian, Canadian, and South African, many of the latter representing the war raised units of the Boer War, these will include Warren’s Mounted Infantry, Commander in Chief’s Yeomanry Escort,  Kenhardt Town Guard slouch hat badge. The 3rd part of an important Scottish badge collection will see further rare examples: Piper to the Sovereign’s 1921 Edinburgh hallmarked glengarry badge, Argyll & Sutherland Highlanders Victorian Officer’s post 1881 helmet plate and 79th (QO Cameron Highlanders) Victorian Officer’s helmet plate circa 1878-81 to name a few. WW1 collectors will be pleased to know that the sale will include Liverpool Scottish Infantry Bomber’s rare WW1 arm badge and examples from Kitchener's new army. Regiments collections consigned will include The Royal Fusiliers, Dorset Regiment, Berkshire, King’s Liverpool.  I have uploaded a few images to show some of the items.

Our next public auction scheduled for the 3rd June has also been postponed, although a fine selection of items had been consigned before lockdown, which include a good selection of swords, a rare Lloyd’s Patriotic Fund Sword Belt, Household Cavalry State Trumpeter’s Ceremonial trumpet banner, 5th (Airdrie) VB Cameronians (Scottish Rifles) Victorian Officer’s  Helmet circa 1887-92. WW2 fighting knives, selection of Great War medals to name a few. We remain manning the telephones and emails and have already got two further collections to collect as soon as lockdown is removed.

Moving further into 2020, there maybe some juggling of dates for auctions later in the year, but already our July/August Bosleys Badge Auction is half catalogued and Aviation collectors will be pleased to know that our September Aviation sale has received a boost with a large collection of Flying clothing, aviation badges and ephemera consigned.

All the Bosley team hope you are keeping safe at this most difficult time, we are at the end of the telephone if you need to contact us and we look forward to resuming auctions as normal, as soon as possible. 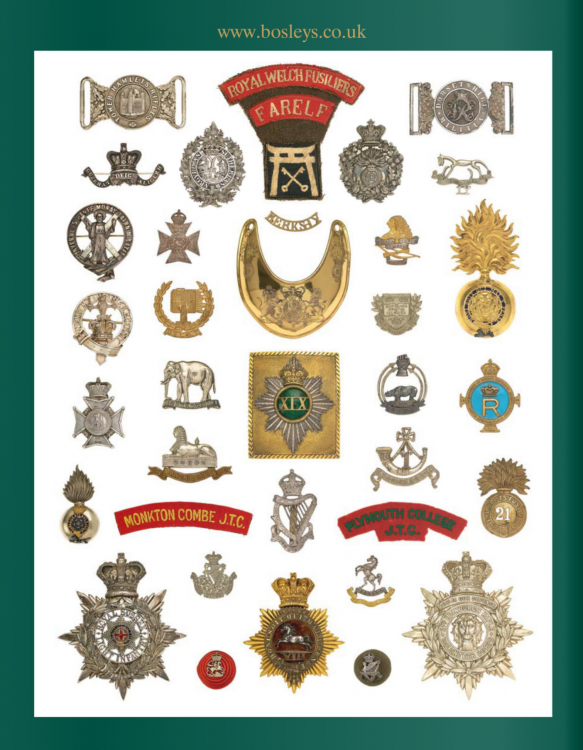 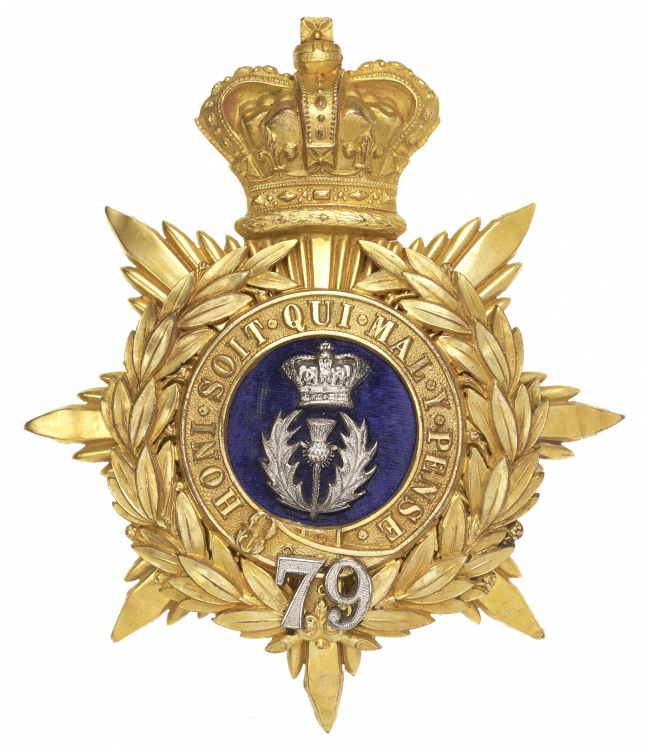 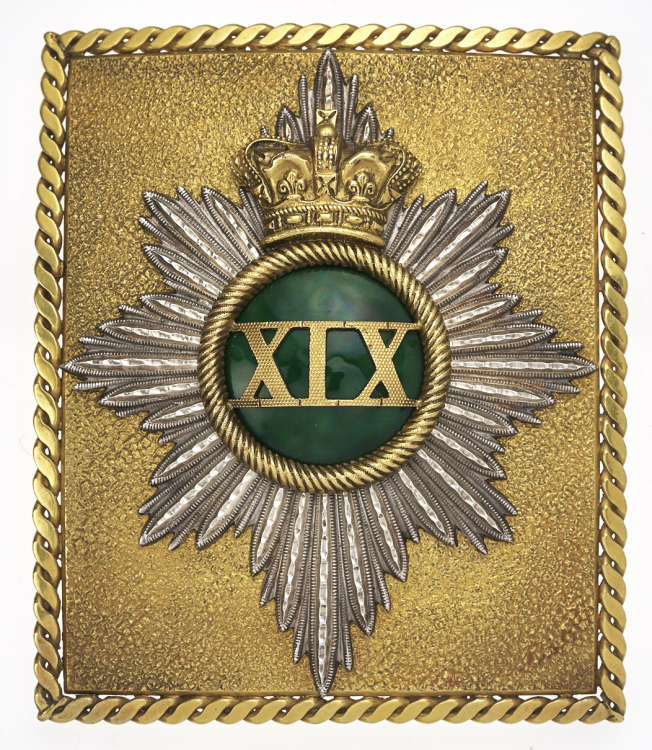