The 4th March 2020 marked a new era in the history of Bosleys auctioneers, when they held their first public auction at their Ravon Court saleroom in Stafford. It was clear by the attendance at the sale, the telephone and internet bidding the move had not discouraged bidders. The SAS archive of Private Fred “Killer” Casey, an early member of the elite regiment, comprising 11 lots hammered £21,000. The archive included a snap shot photograph album containing a number of previously unpublished photographs, a number showing desert operations, after an intense internet and telephone bidding battle sold for £5,500. A 1944 SAS beret worn by Fred sold for £4,000 and a scarce beaded and ribbed pattern Fairbairn-Sykes fighting knife sold for £2,200. Three of Fred’s SAS wings were included and the highest price paid for one pair was £900. A rare signed photograph circa 1945 of Lt. Col “Paddy” Mayne DSO*** of the SAS sold for £1,900 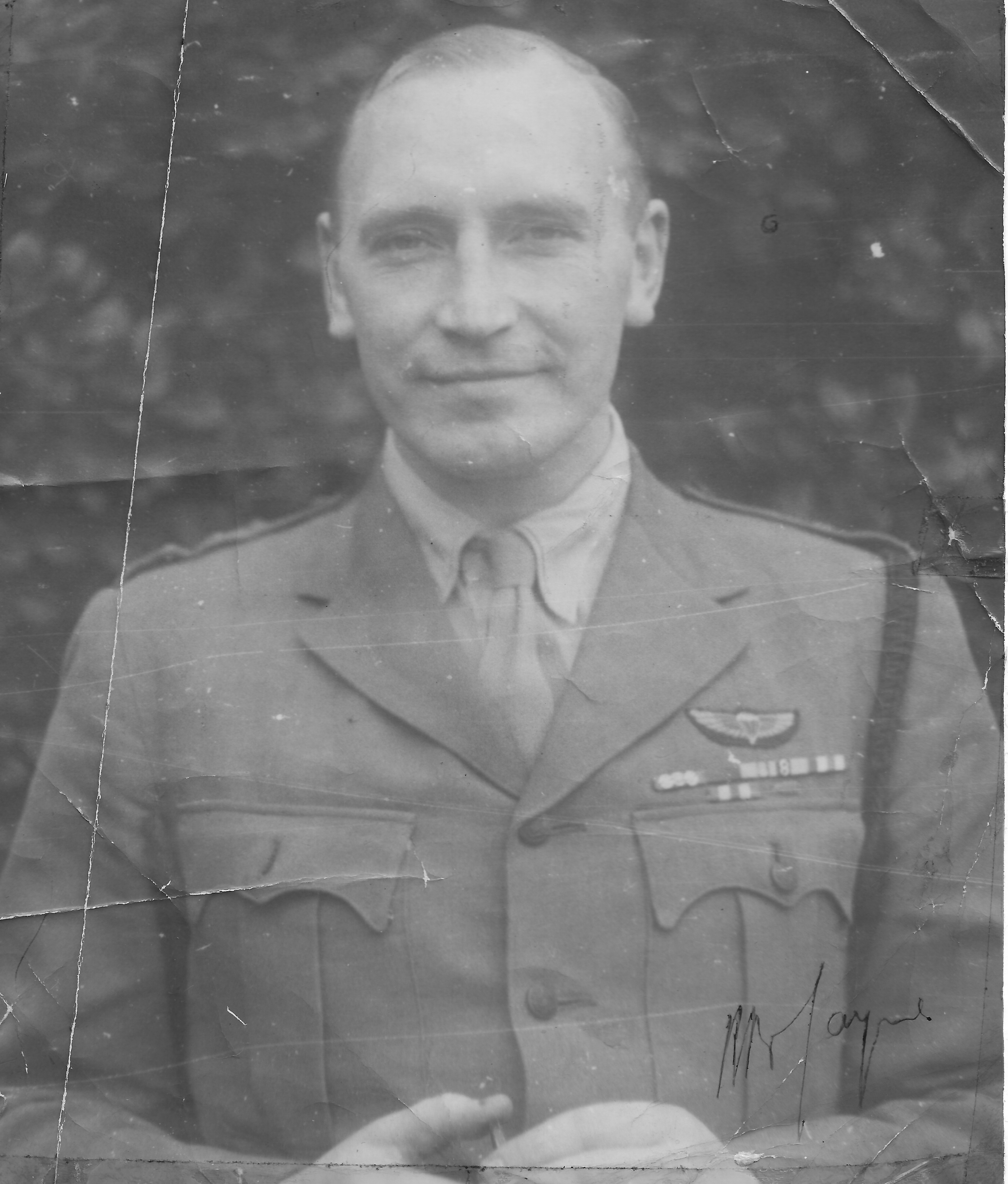 The highest single hammer price of £15,000 was paid for a rare Naval General Service medal and Artic Medal pair awarded to Vice Admiral Francis Harding, who had fought onboard HMS Northumberland as a young gentleman against two French frigates in 1812. He was later onboard HMS Griper qualifying for the Artic Medal in 1829. A rare early Great War Distinguished Conduct Medal (LG December 1914) awarded to the 19th Hussars sold for £3,200 this gallant action featured in the popular WW1 publication “Deeds That Thrilled the Empire”. The German section 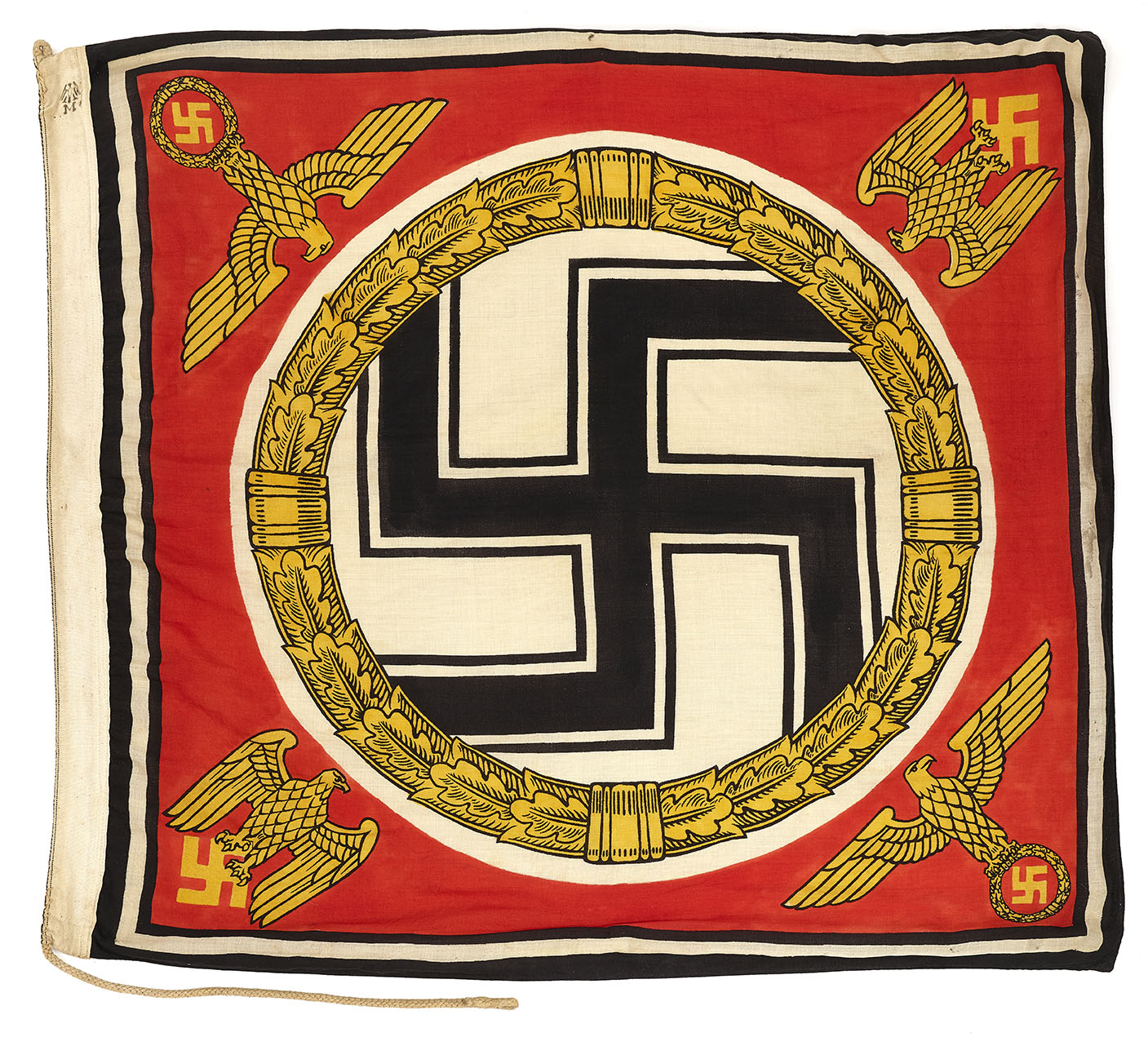 saw a rare example of a Naval Führer Standard which hammered £1,600 and from the same vendor a SS funeral drape sold for £420. A Normandy veterans souvenir in the form of a Luftwaffe Fallschirmjager Paratrooper helmet created a great deal of interest, despite post war damage of loosing the chin straps and suffering a repaint to the shell, luckily leaving the eagle decal clearly visible, sold for £1,400. Fighting knives featured towards the end of the sale and two scarce examples of the 1st pattern Fairbairn-Sykes sold for £1,300 and £1,400. A WW2 Indian Paratroopers knife sold for £340 and a WW1 US 1914 trench fighting knife sold for £440. The British Army of the 19th Century was represented by a 25th Light Dragoons George III Guidon Circa 1814-16 selling for £4,400 and a telephone bidder was outbid when £4,800 was paid for a rare pair of Scots Guards , Grenadier Company Officer’s boxed pattern epaulettes . Bosleys next sale will be a Bosleys Badge Auction to be held on the 8th April. 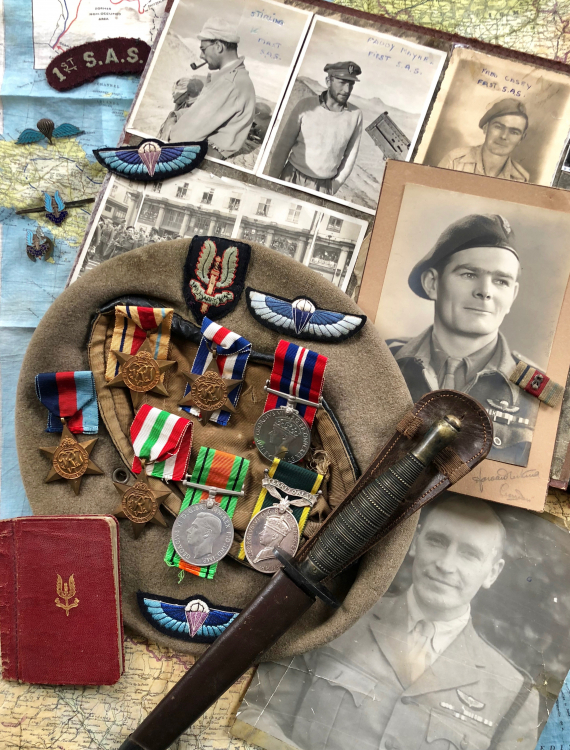 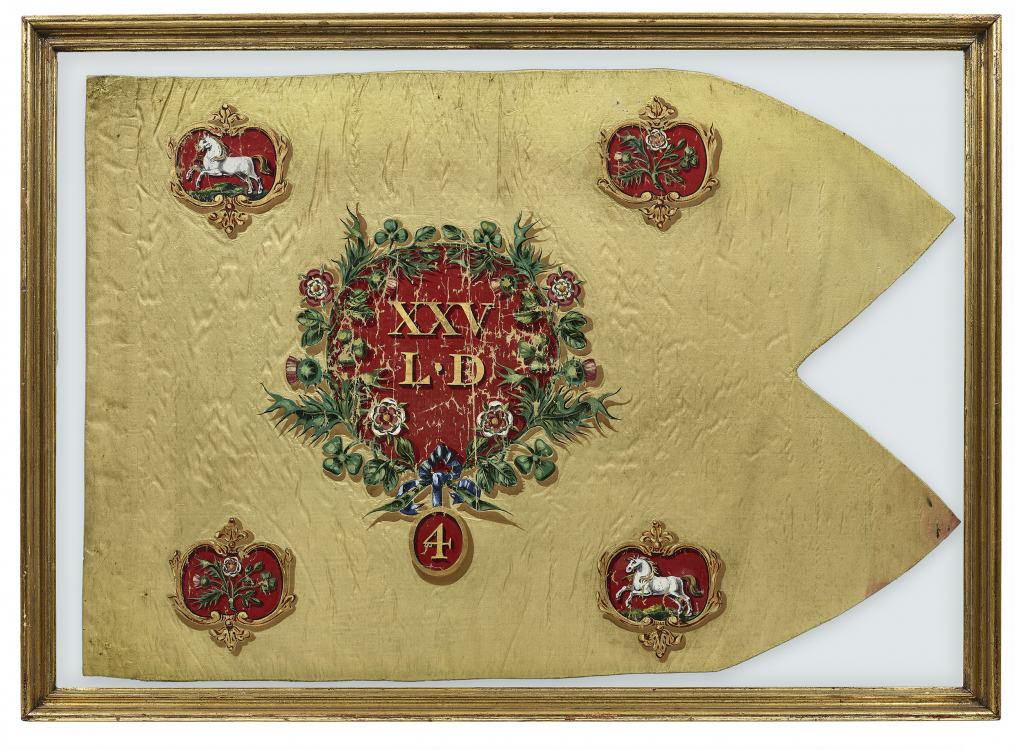