Forty year gap in the entitlement of campaign medals how can that be ?

A possibly unique medal combination has been consigned for our March auction,which on first appearance can’t have been awarded to the same man with a 40 year gap between campaigns. Research resulted in the confirmation of this unusual pair

The pair were awarded to His Honour Frank Wood, a British Sovereign Base Resident Judge who was holding court at Akrotiri and Dhekelia Cyprus at the time of the Gulf War in 1991.

His Honour Frank Wood was born in 1929 and enlisted into the Army in September 1947, being badged as Royal Artillery. Selected for a Commission he went through the Royal Military College at Sandhurst and passed out in December 1949 being commissioned into the Royal Army Service Corps. In December 1951 serving with 86 HGT Company RASC he was posted to the Canal Zone garrisoned at Tel-El-Kebir and later a Ferry Port close to the canal. He returned to the UK in December 1952. He resigned his commission later that month. He later joined the Colonial Police service, serving with the Bechuanaland
Police Force. Returning to the UK he studied at Lincolns Inn and was Called to the Bar. He re-entered the Military when he offered his services to the Ministry of Defence and in 1986 he was appointed Resident Judge for the Sovereign Base Areas of RAF Akrotiri and Dhekelia Station Cyprus. He resigned his position as Resident Judge in 1995, but continued on a part time bases until at least 2004.

This just shows sometimes you can believe what you see. 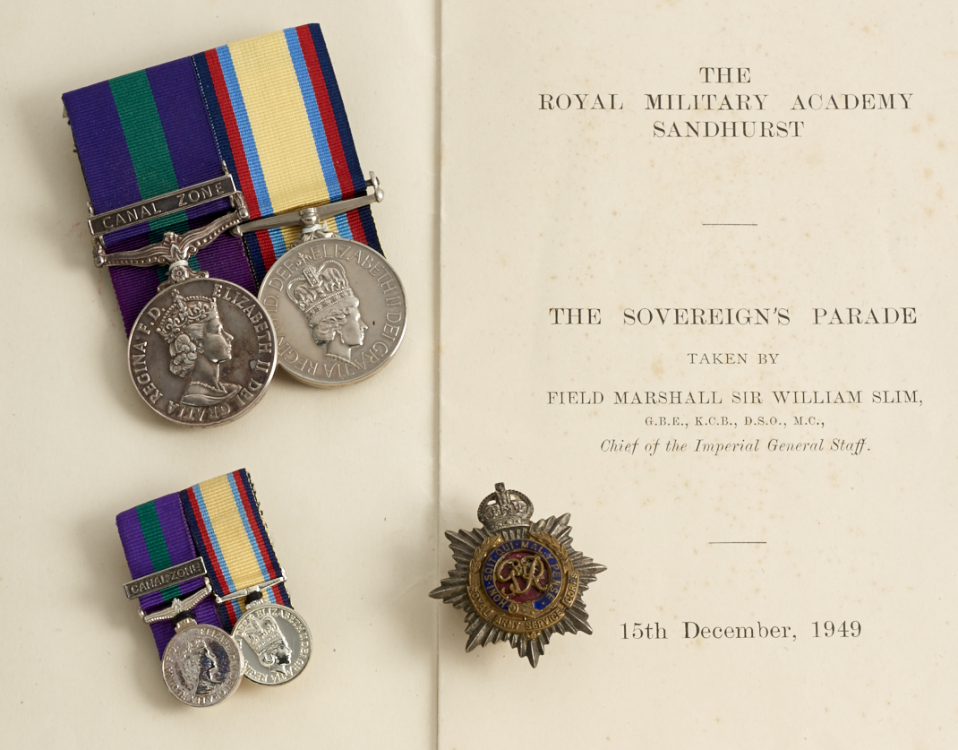